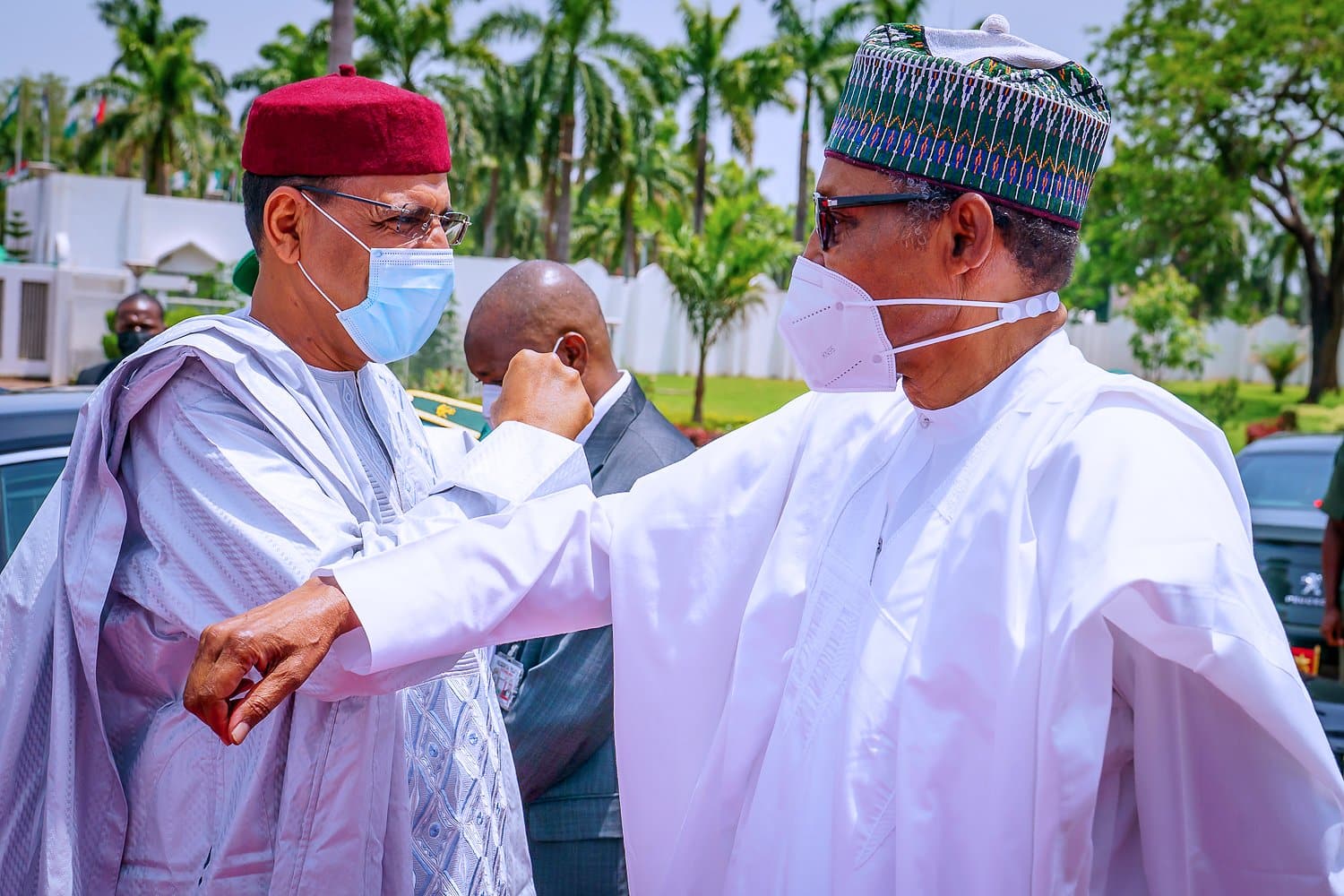 The Presidency has held a reception for two aides of President Muhammadu Buhari honored by the Nigerien Government.
Applesbite recalls two of the President’s senior aides, his Senior Special Assistant on Household and Domestic Matters, Sarkin Abba, and the State Chief of Protocol, Lawal Kazaure were among recipients of national honors during the independence celebration of Niger Republic.

The aides after receiving the highest civilian national honors from the President of Niger Republic, Mohammed Bazoum, presented their certificates and medals to the President in Abuja last week.

Speaking at the reception held in the State House on Monday, the Chief of Staff to President Muhammadu Buhari, Professor Ibrahim Gambari, described the boundaries between Nigeria and her neighbors as artificial.

Gambari said that those countries sharing borders with Nigeria, including Cameroon, Benin Republic, Chad and Niger Republic, share the same interests and cultural affinities which bind them together.

He said: “All these boundaries are very much artificial. The Europeans in Congress of Berlin just took a piece of paper and were drawing lines across places where they have never been.

BBNaija: ‘Why I Nominated Daniella For Eviction’ – Eloswag

“They never intended to be separated. People who should be united and uniting people.

“But the leaders of Africa decided that it’s wise to keep those boundaries artificial as they may be because to change them other than peacefully will be creating even more problems than they can solve.

“But in any case, whether by those lines, whether artificial or not, Niger/Nigeria share common boundaries, common interests, common concerns for their families across the borders.”

Speaking at the occasion, the State House Permanent Secretary, Tijjani Umar, congratulated the awardees for standing out among those honored by the Nigerien President.

He stressed that the honor conferred on the presidential aides has further strengthened the bonds between Nigeria and Niger Republic.

Responding on behalf of his fellow awardee, Kazaure said the international award was in recognition of the enviable strides made by the President, even as he lauded Buhari for exposing them locally and internationally.

He thanked the Chief of Staff for organizing the reception in their honor.