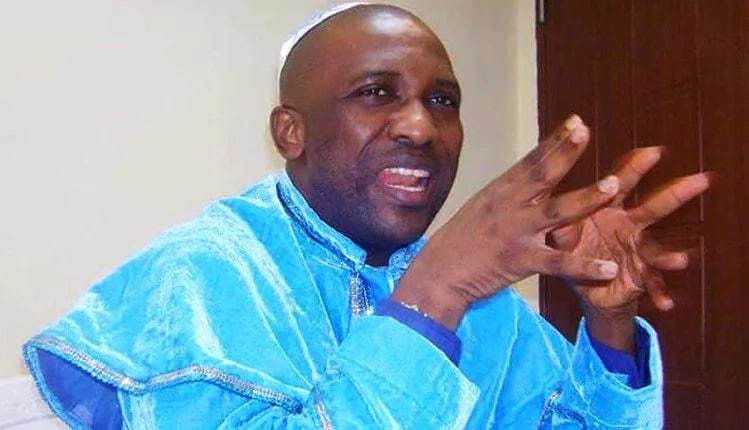 Primate Elijah Ayodele: Nigeria’s Leading Prophet with Over 10,000 Fulfiled Prophecies to his Credit, both Locally and Internationally

The merit of a prophecy is not in weather it is popular or not, from Bible times, when God reveals himself to his prophets, people doubt the veracity of such prophecies until they are fulfiled.

Such is the case of Nigeria’s leading prophet, Primate Elijah Ayodele, whom God loves dearly, and does not fail to always show ahead of time, what events would happen in Nigeria, Africa and globally.

God chose to give him deep revelations concerning happenings in Nigeria and the world at large, he just launched the latest edition of his book of prophecy titled “warnings to the nations”.

Only someone who operates in a very high spiritual realm can actually reach the feat of having over 10 thousand fulfilled prophecies, I see him as the spiritual guide of the nation, some days ago, he released prophecies concerning Tinubu, Atiku, Kwankaso and Obi.

A lot of Obi supporters attacked him, calling him all sorts of denigrating names; he only said what God revealed to him so why castigate him for delivering a message?because he is just a messenger.

He gives international prophecies as he was the first prophet to prophesy that Rishi Sunak will become the new prime minister of UK, just the way he prophesied that Joe Biden will be the next American president even before he became a presidential candidate.

He said that super falcons will qualify for the World if they are encouraged and we can see that they actually qualified for the World Cup.

He prophesied that the president of Sri Lanka was going to have problems and it has happened. Primate Ayodele is a foremost prophet in Nigeria, he distinguished himself and earned the popularity he has today with astonishing prophecies that got fulfilled, he has gone ahead to mention African presidents that will face serious changes, I hope to disclose that to u very soon.