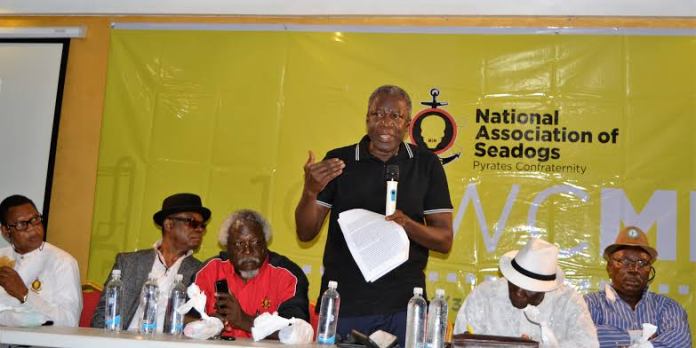 Mr Victor Ofili, the First Mate of the association, made this known on Thursday while addressing a news conference to commemorate the association’s 2020 Annual Feast of Barracuda, scheduled for Saturday, July 4.

According to Ofili, the issue of sexual violence, particularly rape, is becoming worrisome in the country and that is why the association decided to celebrate the 2020’s feast of Barracuda around sexual violence.

“Anyone who is a victim of this evil called rape can approach our association, be it organisation or individual.
“We have a good number of lawyers who are Seadogs, they will be instructed to give probono services to assist in whatever form they can.”

He called on the Attorney-General of the Federation to strengthen existing laws including the Criminal, Penal Code, Customary and the Violence Against Persons Prohibition (VAPP) Act to guide against evil practices.

Ofili said that the country has enough laws to guide against every evil practice, but what seems to be problem is the lack of implementation of these laws which has automatically brought about increase in the evil practice in the recent times.

“The Federal Government can only do the extent to which the law permits, we need to strengthen our laws; some of these laws we use in meting punishment for sexual violence are even obsolete.

“A lot of things have changed lately, people are now being molested on the internet, social media; our laws need to do something about this if we move to strengthen it,” he said.

Ofili also called on the National Agency for the Prohibition of Trafficking in Persons (NAPTIP) to come up with a program that would help to enlighten Nigerians on the dangers associated with rape.

Also speaking, Mr Obiekwe Isaac, the “Steerer” of the association said that the association was now ready to take the campaign against sexual violence to the national level to draw more attention to the country leaders.

According to him, the issue of sexual violence has caused the country national embarrassment and if not checked, it could lead to something worse.

“Our program coming up on Saturday, July 4,2020, will have its discussion centered on rape.

“It is part of the idea of checking on the menace on our side; the program at the end will suggest to the federal government some remedial measures to further check this trend.

“The law enforcement must also brace up to the task of curtailing this menace.

“All Nigerians must be on the watch out for this ugly trend of rape; we are the number one security of ourselves, the law enforcement agencies cannot do more than the provision of the law.

“Rape victims must shun stigmatization which is a major challenge bringing about increase in the trend, they must report perpetrators early enough to bring about end to this evil,” he urged.