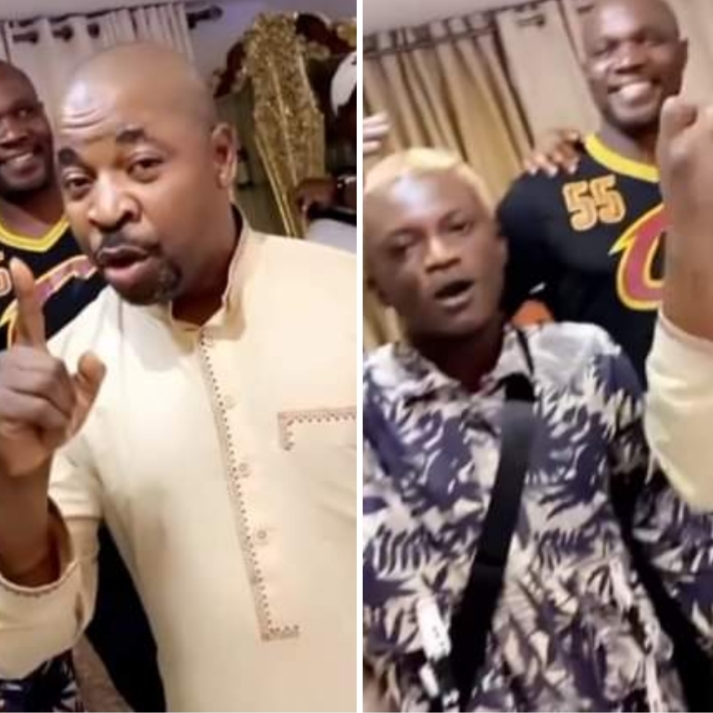 Controversial singer, Habeeb Okikiola, popularly known as Portable, has paid a visit to the chairman of the Lagos State Park and Garages Management, Musiliu Akinsanya, better known as MC Oluomo.
Applesbite understands that Portable’s visit comes amidst a probe by the police after he claimed that he founded criminal gangs in Lagos. He has since retracted his statement.

In the video that surfaced online, Portable is seen hailing the former transport union boss, as the latter boasted about his influence in different areas of the state.

Recall that the controversial musician had in a now-deleted video, which went viral on Monday, boasted of forming One Million Boys and another notorious group known as Ajah Boys.

In a statement issued by the Force Public Relations Officer, CSP Muyiwa Adejobi, Baba directed the Lagos Police Command to probe the singer over his ties to the cult groups.

“Sequel to the trending video of one Habeeb Okikiola aka Portable where he claimed to have formed the One-Million Boys cult group terrorising some parts of Lagos State, the IGP has ordered CP Lagos to investigate the indicting statement and take necessary legal action.

“This directive is premised on the continuous effort of the Nigeria Police Force to fish out pillars and sponsors of cult groups in order to decimate their activities and restore sanity to our society,” the statement read.

See some of the reactions below;

nkem.frances wrote; ”Oluomo would possibly be your minister of defence and portable special advicer on youth matters come next year if vote desperate ancestor come next year. Then you and your generation will be completely finished”

sallybabalola wrote; ”With all due respect, he go soon abuse u sir.”

samuelpelumi21 wrote; ”This are the people that is spoiling Tinubu presidential ambition. I wish someone can let him know this .”