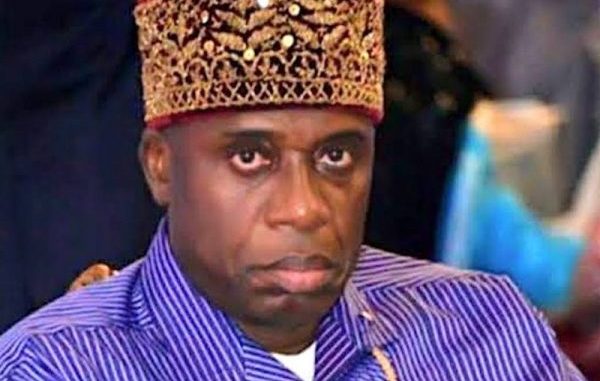 A group identified as the Niger Delta Transparency, Accountability and Good Governance Group (Niger Delta TAG) has called on Rotimi Amaechi, transportation minister to resign from his position following his declaration to contest for presidency.

Recall that Amaechi declared his intention to run for the highest office in the land on Saturday in Rivers state.

The national coordinator of the group identified as Julius Godspower via a statement said Amaechi remaining office as minister and pursuing his presidential ambition may result in legal issues linked to section 84(12) of the Electoral Act 2022.

“The minister placed the cart before the horse. The proper thing to do would have been to first resign, before declaring his presidential ambition,” Godspower said.

“It is rather unfortunate that due process was not followed by the Minister and I hope President Muhammadu Buhari will direct him to step down immediately.

“Be that as it may, the proper thing to do now is for him to immediately resign to pursue his dream. Remaining in office as Minister while pursuing his presidential ambition will be a huge distraction to the government. The transport sector is in a very bad state, and it is bound to suffer more with a presidential aspirant as minister.

“Aside from being immoral and unethical with the attendant conflict of interest, it is also illegal for him to pursue the presidential bid whilst still serving as minister.

“His ambition could create a huge legal problem for the ruling party considering that Section 84(12) of the new Electoral Act does not allow serving political appointees to vote or be voted during party primaries.

“Don’t forget that Section 84(12) of the new electoral act is still a matter of litigation and could create a major dilemma for the ruling party if Amaechi fights for the party ticket whilst holding on to the office of minister.

“It is therefore better for Amaechi to resign immediately so as not to jeopardise the chances of the ruling party in the 2023 presidential election.”