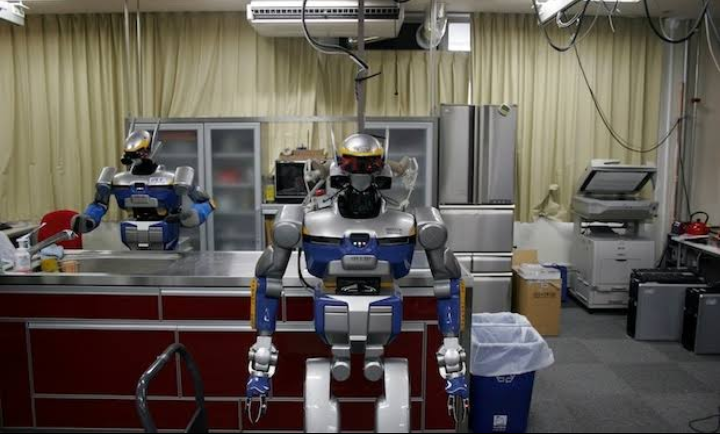 Rwanda has taken delivery of not less than five human robots, to assist to the country in both patient screening, and also delivery of foods and drugs to those suffering from COVID-19, the novel respiratory disease caused by the coronavirus.

The country’s health Minister
Daniel Ngamije, made this known on Tuesday, May 19.

Ngamije explained that the move is aimed at reducing the exposure of health workers to COVID-19 patients.

He also disclosed that the robots have been given Rwandan names — including Akazuba, Ikizere, Mwiza, Ngabo, and Urumuri — and would also act as video-conferencing links between patients and doctors.

“We need additional robots for other duties like disinfection in public space and we are working to get them,” the minister was quoted to have said.

According to Rwanda’s health ministry, the humanoids, which were manufactured by a Belgium-based company, are equipped with a number of abilities including the capacity to screen 50 to 150 people per minute.

It is also understood that they would be able to record and store patient data, alert health workers to abnormalities, and warn people who aren’t wearing masks or are wearing them improperly.

As of May 19, Rwanda has recorded 308 confirmed cases of the novel coronavirus, 203 recoveries and no deaths, according to Worldometer.