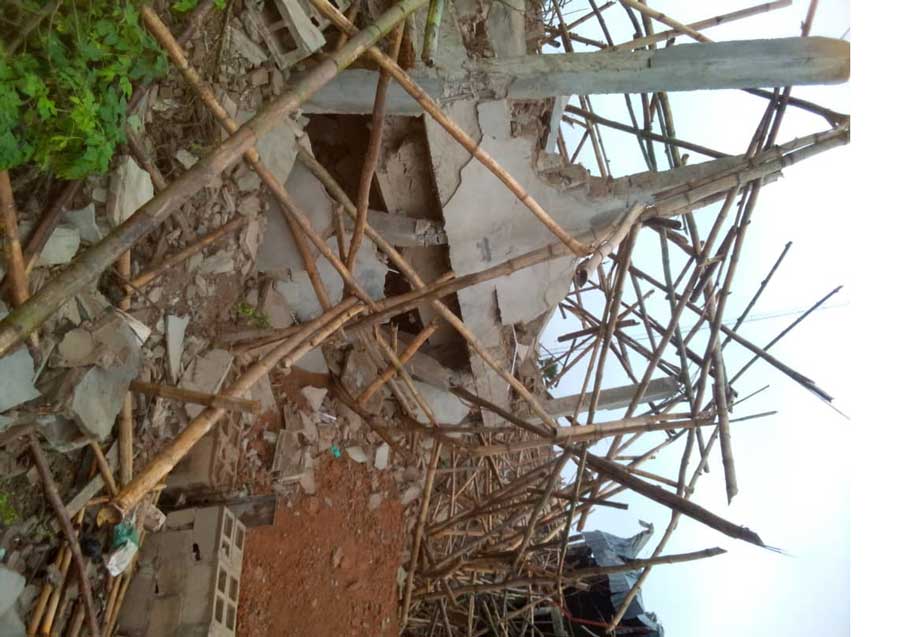 A five-story building under construction has collapsed, injuring over seven people in the early hours of Thursday in Ibadan, the Oyo State capital.
The collapsed building is situated adjacent a new generation bank at Awosika area in Ibadan North local government area of Oyo State.

Seven injured persons who were rescued by people in the neighborhood and passersby from the rubble of the building were taken to the University College Hospital, Ibadan for treatment.

An eyewitness account disclosed to The Punch that the incident occurred around 5:30 am.

The men of State Fire Service, Federal Road Safety Commission, and other security agencies have deployed to the scene to minimize casualty rates

At the time of filing this report, it could not be established whether the incident has claimed any life aside from those that were critically injured.

Naija News reports that the seven-storey building was under construction when it collapsed in the early hours of Sunday, September 4, 2022.

In a situation report, the Permanent Secretary, Lagos State Emergency Management Agency (LASEMA), Olufemi Damilola Oke-Osanyintolu, said the operation had commenced on the site to rescue those trapped, adding that the Lagos State Response plan had been activated.