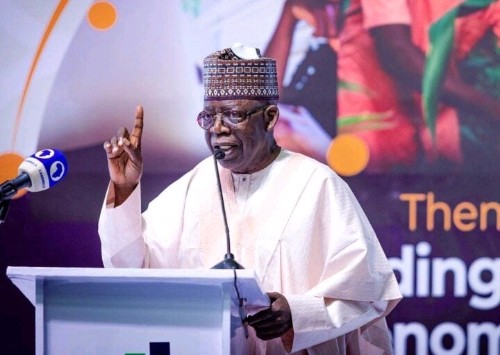 In 2015, when the race to the general election got to a fever pitch, all manner of theories and conspiracies were woven around Asiwaju Bola Tinubu, as though he was the candidate of the newly formed All Progressives Congress. The AIT did a documentary deliberately targeted at the former Lagos state Governor entitled; THE LION OF BOURDILON which attempted a faulty characterisation of Asiwaju Tinubu as someone who represented the good, the bad and the ugly in the 2015 political narratives. President Goodluck Jonathan was running against the grains following the idea of zoning that is enshrined in the PDP constitution. The AIT documentary made a lot of unsubstantiated allegations and claims against Tinubu, all in a bid to demarket him and sent the APC on the slippery slope to perdition. He was not running election, but once he’s out of the equation, they reasoned rightly, then General Buhari’s chances would be impaired. That didn’t happen. Asiwaju Tinubu stayed the cause and took AIT to court to prove the allegations before all. Going by the swing of the pendulum, AIT opted for out of court settlement, after several rebuttal, apologies and public disclaimer of the said hatchet job of a documentary. The Jonathan administration knew too well that without Asiwaju Tinubu’s support, it would be difficult to sail through. This is primarily because the initial promises made by President Jonathan in 2011 were not fulfilled to carry Tinubu along. When it was time to strike another accord, Asiwaju Tinubu reminded him of the earlier failed promises. The rest as they often say, has become history.

The AIT recant was enough opportunity for the Nigeria media to be circumspect on matters they lack enough information on. When Asiwaju Tinubu was Governor of Lagos, he had a running battle with Late Gani Fawehinmi over educational claim. Gani tried his best to bend Tinubu out of the column of his political power as Governor. Tinubu survived and went ahead to complete his second term. Gani used both his public opinion Advocacy and the law court. In all, Tinubu sailed through and came out stronger to become a formidable political colossus that could not be ignored. When President Obasanjo railroaded all the South West states into PDP, Tinubu’s Lagos remained unbowed. President Obasanjo’s deliberate effort led to why he prevailed on IGP Tafa Balogun to ask the FBI if Tinubu had criminal.record in the USA. The response from the FBI vide a letter written to Tafa Balogun cleared Asiwaju Tinubu of any complicity with respect to criminal records or lack of it. Obasanjo was undaunted, went a step further to ensure he did not release Lagos State statutory allocations to financially strangulate the Tinubu administration. The entire motive was to force Tinubu on bended kneels and make him eat the humble pie. Asiwaju Tinubu remained unbowed and stood firm by pursuing the case up to the Supreme Court. He won the case even though the government of the day never wanted to reimburse the state its due allocation. It became a ding-dong affair and Tinubu soldiered on until both of them left the seat of power. Without Lagos accrued allocation, Tinubu piloted Lagos, a metropolitan city, to the level of functional infrastructures and created a roadmap for future appreciation of the challenges of the City.

After Asiwaju Tinubu’s exit from the exalted office of Governor of Lagos, he has never been appointed into any political position, instead he has used his vast political network to create a niche for himself and expanded his frontiers beyond the shores of Lagos to the entire South West geopolitical zone, as well as the country at large. Such a man whose political structure had held sway in Lagos, would naturally incur the wrath of other political players who are unable to break into his political fortress within the state. Tinubu has been able to build men and content, strategy and influence in his foray into national politics. His ability to midwife the merger of the APC with other like-minds presented him as a formidable political player that cannot be ignored. In doing this he has also surmounted a lot of obstacles and created platforms for engaging the political process. As a team player with a rich understanding of the intricate logic of politics, he understands how to build network of influence amongst other players. He may not be your lousy, often boisterous political player, his strategy has worked for him since 1999 when he was elected to govern Lagos state. Tinubu is used to battles and political contestation. He was a pro-democracy activist in the true sense of the word who also deployed his resources to carry out Advocacy that sent the military back to the barracks. His ability to reach out to likeminds and take a plunge at the nick of time, is an uncanny skill of Tinubu that cannot be contested.

A man of many lives, Tinubu has survived battles and he tells you almost effortlessly that those are engagements that make the man wholesome. You cannot be in politics and think of grabbing power by “ala carte”, he reasoned, but your ability to go for what you desire is what differentiates boys from men. Seeing him as a.most assured candidate to succeed the incumbent President Muhammadu Buhari, mischief makers have gone to town to awaken dead woods and invoke petty sentiments to undermine him. Typical of a man who understands the dynamics of power and knows too well how to cultivate it, his responses to all the biles have been measured, methodical and instructive. Unruffled in the midst of the cacophony of voices, Tinubu’s campaign approach has become another novel recreation from his heart of hearts. In Minna, he spoke to the crop growers and farmers. In Lafia, he spoke to the miners and solid minerals business owners. In Lagos, he spoke to an array of A-class business moguls and captains of industries who dominate the Organised Private Sector. His responses to issues and questions nagging the consciousness of the people underscored his brilliance and deep knowledge of the contemporary challenges confronting us as a nation. Tinubu is no push over. They have used the subject.matter of health to taunt him as ill-prepared for this plum job, but each time they wish him dead, he comes out smoking hot, well refreshed to contend with the rigours of campaigns. Asiwaju Tinubu has not hidden his health profile even though naysayers would wish the opposite. He did a knee-cap replacement, got healed within months. He doesn’t suffer from BP or Diabetes, but his traducers would wish Asiwaju does not present himself as King.

The 2023 campaign of Asiwaju Tinubu has exposed the media as being part of our existential problems. The media has taken side by the content of what they churn out to undermine and undercut the soaring influence and popularity of Asiwaju. The apology rendered by Arise TV in a couple of days back is suggestive of the bad blood they hold against Asiwaju. First, when he couldn’t attend their Townhall Meeting and Debate, they called him all manners of names. When he turned down their request for one-on-one interview due to his busy schedules, they went for his jugular. Yet, the man remain silent, pursuing his campaigns with equanimity of purpose. When they saw one nameless certified true copy of a document from the pit of hell, they latched unto it without doing due diligence, and thereafter sensationalised a fake letter purportedly issued by INEC against Asiwaju. When INEC denied the authorship of that letter, Arise TV and its co-conspirators coupled with their ex-convict anchor, Rufai Oseni, felt undone. They were caught pants down and their crave for anti-Tinubu became so manifest. Apology sets in. Meanwhile, Dr. Reuben Abati, was one of the image launderers of late Senator Buruji Kashamu, a known drug baron whom Reuben even deputised for during the last Guber election in Ogun state. Former President Obasanjo tried all he could to extradite Kashamu to no avail, but we never heard a word of condemnation from Reuben Abati who has suddenly become the moral compass to assess candidates of 2023 election, with particular interest in de-marketing Asiwaju Tinubu. Rufai Oseni, a known law breaker of no mean repute has been showcasing his disdain for Tinubu, breathing personal sentiments to his discourse, and making the job of an anchor seem more like a judge in a law court. Yet, Tinubu earned an apology from those persons and platform who thought they have suddenly become moralist in a sinful society without sinners.

Like I told a friend last week, there is no negative publicity in politics. Those who are sponsoring biles against Tinubu to de-market him are inadvertently publicising him the more and keeping his name on the lips of the public. A man they love to hate, Asiwaju has come of age and his investment in politics has yielded grounds for a number of followers across the socio-political divides. The more they want to drop him to the base water of.politics, the more the man climbs the ladder of political relevance and authority. Against bookmakers prediction, he clinched the ticket of the APC by virtue of his team.player mentality. Aside from assisting people to pursue and realise their political aspirations, he has also been a performer and goal getter. As a Governor, he was reputed for creating a template that has deepen governance in Lagos state and sustaining the functionality of same. One enduring attribute of Asiwaju Tinubu is his strong political will in taking very sensitive but therapeutic decisions. His understanding of the delicate balance of the nation’s tripod arrangement has also helped him in dealing with situations with equanimity of purpose. Leaders who have capacity to absorb pressure and come out unruffled from every serious engagement often have capacity to deliver on promises. This is why his ActionPlan blueprint has received a lot of boost from industry players and political chieftains across the land. As the 2023 general election draws closer, it is expected that mischief makers would always indulge in their nefarious trade, but it won’t be enough to deny Tinubu the exalted office. Not in 2023.