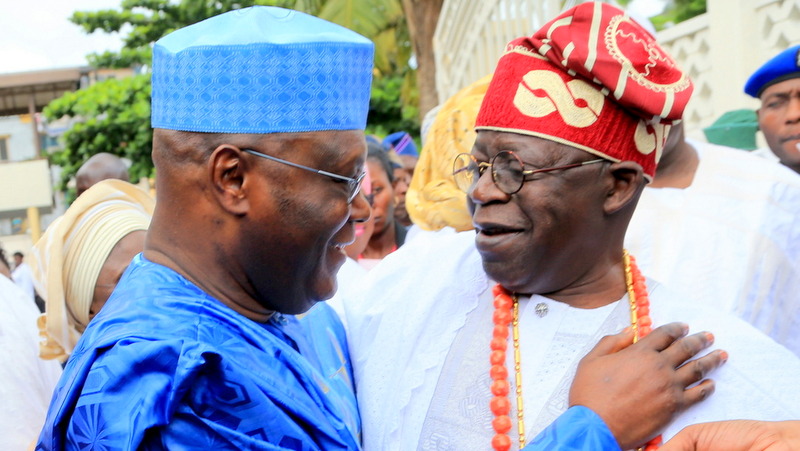 The presidential candidate of the All Progressives Congress (APC), Bola Tinubu on Friday begged the Pere of Gbaramatu Kingdom, HRM Oboro Gbaraun II to tell his counterpart in the Peoples Democratic Party (PDP) Atiku Abubakar to stop contesting for elections in Nigeria.
Applesbite reports that Tinubu, said this in Oporozo, Warri South-West Local Government Area of Delta State when he visited the revered monarch at his palace.

According to him, they are few presidential candidates contesting for the 2023 general election.

Tinubu said: “One says he is Atiku. How many times has he been running? He’s always on the run. He is never tired of running. Tell him to go and sit down.”

The APC flag bearer alleged that the other candidate lies with statistics and arithmetic. “No Indian can solve it. To mention his name is a disgrace to me,” adding that he gives wrong statistics and wrong arithmetics of the economy.

Tinubu however made reference to himself as the man who knows the road, and that if the Pere of Gbaramatu Kingdom needs anyone, it should be him.

He pledged to the monarch that he won’t distance himself from the people of Gbaramatu if elected president.

He also noted that he is going to consult with them for the development of the area as well as provide employment for the teeming youths.