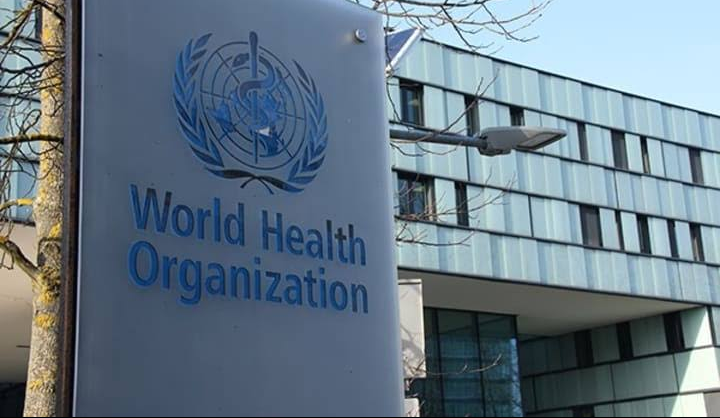 The Trump administration on Tuesday began the process of officially withdrawing the United States from the World Health Organization–which would take effect in July 2021–after he repeatedly slammed the agency throughout the coronavirus pandemic for alleged misinformation about the virus.

The United Nations health agency has sustained an onslaught of criticism from Trump, who has claimed it failed to quickly obtain and share valuable information, spread incorrect information and is at the beckon-call of China.

“The W.H.O. really blew it. For some reason, funded largely by the United States, yet very China centric. We will be giving that a good look,” Trump tweeted in April.

The administration has also slammed the organization for allegedly criticizing his travel ban, with a White House fact sheet claiming it “made the disastrous decision to oppose travel restrictions from China and other countries—despite applauding travel restrictions within China itself—leading to further spread of the virus internationally.”

In April, Trump said he would put a hold on U.S. funding to the agency–which accounts for about 15% of its overall funding–and “look at” the agency’s response, before announcing in May he would withdraw altogether.

Sen. Bob Menendez (D-N.J.) tweeted on Tuesday that “Congress received notification that POTUS officially withdrew the U.S. from the WHO in the midst of a pandemic.”

A White House spokesperson confirmed to Forbes that “the United States' notice of withdrawal, effective July 6, 2021, has been submitted to the UN Secretary-General, who is the depository for the WHO."

CHIEF CRITIC
Menendez, the ranking member of the Senate Foreign Relations Committee, slammed the White House’s decision to withdraw from the agency. “To call Trump’s response to COVID chaotic & incoherent doesn't do it justice,” he said. “This won't protect American lives or interests–it leaves Americans sick & America alone.” The move was also met with opposition from Sen. Lamar Alexander (R-Tenn.), the chair of the Senate Health Committee, who said in a statement that the move would “interfere with clinical trials that are essential to the development of vaccines,” and “make it harder to work with other countries to stop viruses before they get to the United States.”

KEY QUOTE
But some conservatives have cheered the move. “If an organization is going to cover up and lie about another country’s cover up’s and lies, why should we be party to such corruption?” said Rep. Rick Crawford (R-Ark.). “Withdrawing from the WHO is an important action in accountability for our country and for all countries who’ve suffered due to COVID.”

BIG NUMBER
130,133. The move comes as coronavirus cases continue to rise in the U.S. Over 2.9 million have been reported, including 46,329 new cases reported on Tuesday, according to CDC data. Deaths have ticked up as well, with 322 new deaths reported on Tuesday for a total of 130,133 total deaths. Some former Trump advisors have been raising alarm bells about surges in case numbers in the South and West.

WHAT TO WATCH FOR
Whether the U.S. follows through on leaving the WHO relies on the outcome of the 2020 election. Trump’s Democratic opponent, former Vice President Joe Biden, reacted to the news by declaring “on my first day as President, I will rejoin the WHO and restore our leadership on the world stage.”