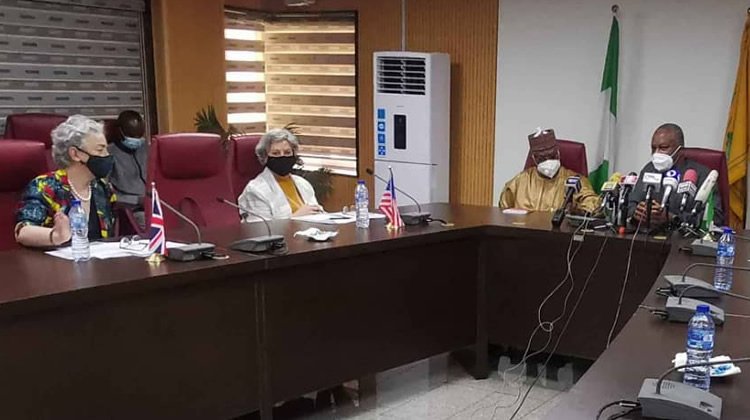 The US, UK, Canadian and European Union (EU) envoys have insisted that the federal government’s decision to indefinitely suspend Twitter in Nigeria is not in the public’s interest.

The envoys said while they acknowledge concerns about responsible use of social media, Nigerians need free access to platforms where they can express themselves especially in times of trouble.

They were speaking at a meeting with Geoffrey Onyeama, minister of foreign affairs, who had invited them after they all expressed their “disappointment” over the suspension of Twitter and proposed regulation of social media platforms in Nigeria.

Despite the government’s claim that Twitter is being used to undermine the existence of Nigeria, some have argued the suspension may be connected to the company’s decision to delete President Muhammadu Buhari tweet recently.

At the meeting held in Abuja on Monday, Onyeama restated the government’s claim that Twitter is being used by groups such as the outlawed Indigenous People of Biafra (IPOB) to aggravate Nigeria’s security challenges.

But Mary Beth-Leonard, US ambassador to Nigeria, who spoke on behalf of other envoys, urged the government to use judicial processes “within the scope of respect for human rights and the rule of law” in pursuing their goals.

“While they are daunting, they are not insurmountable, and part of the way you surmount them is with the partnership of the people you see represented here.

“We recognise that there are issues of irresponsible use of social media, but we remain firm in our position that free access to the ability to express self is very important and perhaps more important in troubled times.”