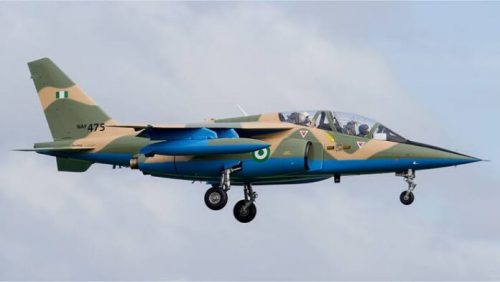 This, he said, will help solve the insecurity in the country.

Nigeria is expecting delivery in July.

Emefiele, while speaking on Tuesday at a monetary policy committee meeting in Abuja, expressed concern over the negative effects of insecurity on the economy.

President Muhammadu Buhari had, in 2018, approved $496 million for the procurement of the aircraft to boost Nigeria’s war against Boko Haram.

The presidency had also announced that Nigeria will take delivery of six of the jets by July.

According to Emefiele, the fighter jets will help address the rising security challenges in the country.

“Efforts are now targeted at south-eastern and north-eastern parts of the country.

“About three years ago, the federal government and the United States signed a pact that resulted in a government-to-government acquisition of military equipment, out of which, we are expecting 12 fighter planes that would help us solve our insecurity. I am aware that six of them are coming to the country in the month of July and August.”

He, however, expressed optimism that before the end of the year, the security challenges confronting the country will substantially reduce.