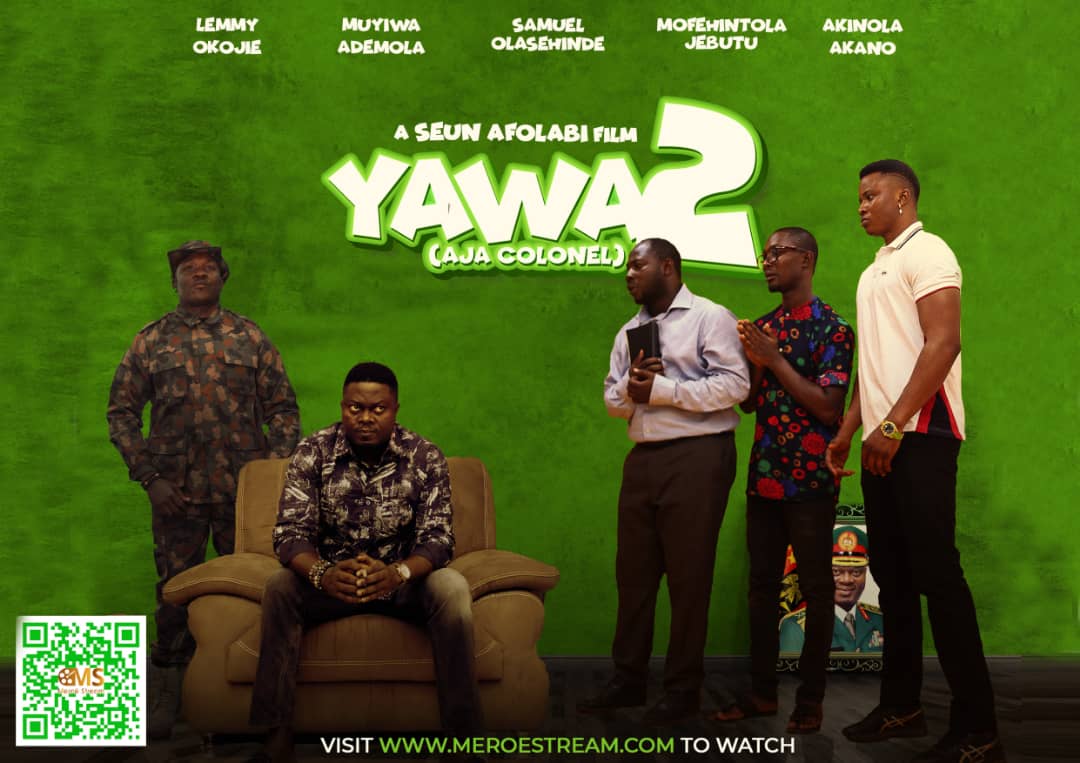 After the successful release and turn out of the first part, the award winning film maker, Seun Afolabi teams up with Meroestream to make a sequel, that promises even more thrill than the original part.

Bound by a dark secret, three unbreakable friends have their entire lives uprooted when they mistakenly kill the dog of a sadistic Colonel suffering from PTSD.

The movie was written by Olumide Kuti and Seun Afolabi, and it stars amazing actors such as Akinola Akano, Mofehintola Jebutu, Muyiwa Ademola, Samuel Olasehinde and others. Yawa 2 Aja Colonel is a joint production between Hill Vision Studio and Meroestream movies.