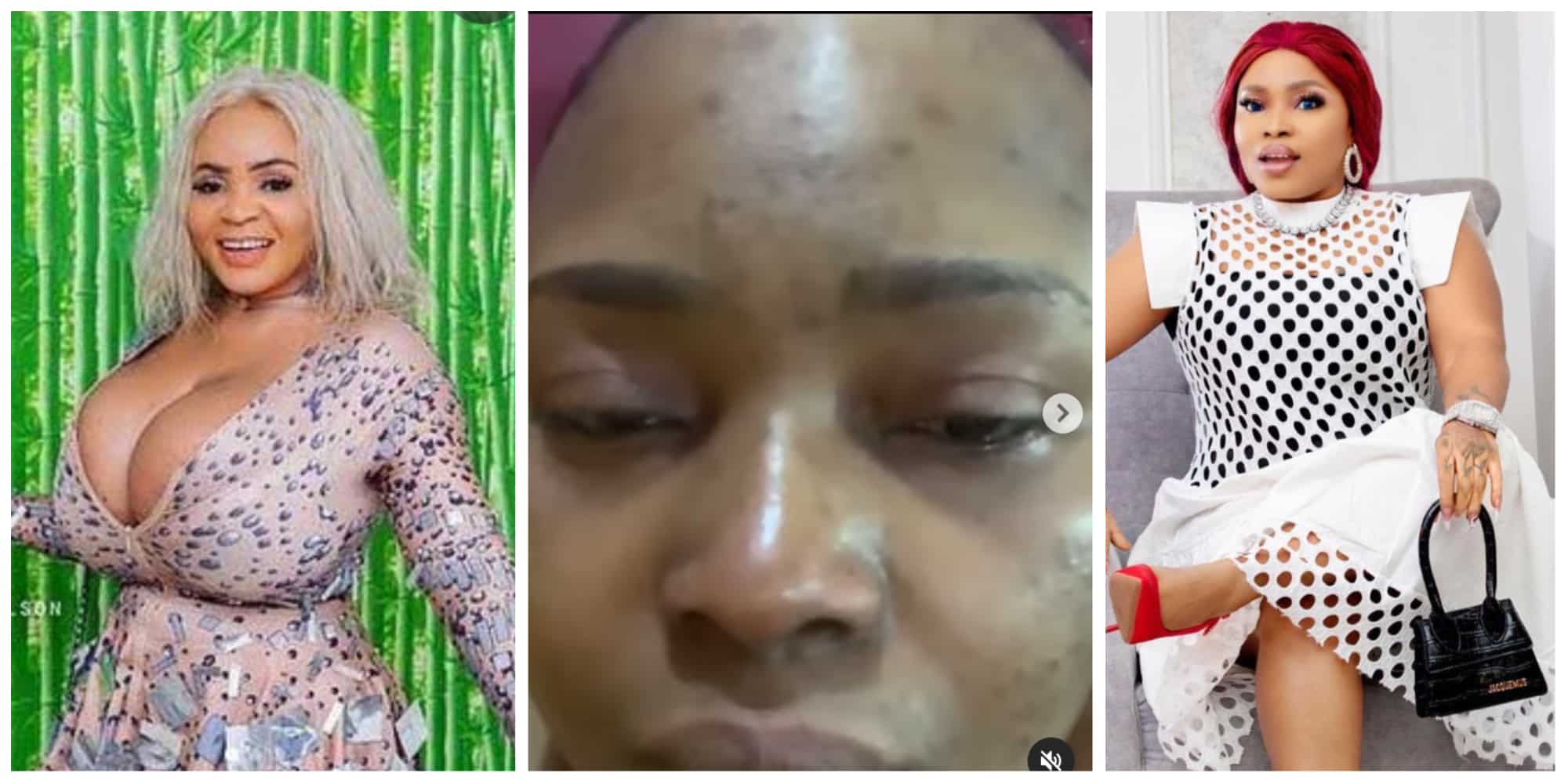 Nollywood actress Halima Abubakar has fired back at her colleague, Cossy Orjiakor for making a mockery of her sickness.
Applesbite earlier reported that Cossy, in a post shared on Instagram, urged Halima to go treat her infection instead of dwelling on the things that happened in the past.

Cossy alleged that Halima does not use condoms during s3x and she’s currently suffering the effect.

She added that Halima is wrongly accusing Apostle Suleman of her sickness since she is no longer making money.

Responding to this, Halima refuted the claims of having any issue with Cossy saying she had ignored her for a long time.

Halima recalled how she rescued Cossy from many rapists and housed her for a year.

She wrote: “But I seriously don’t have issue with u…. I ignored for a reason cos u were mourning… Ur leg don heal? Cheap bitch. Cossy oo. Do you need more pictures? Because is not enough on ur page… you wey I rescue after so many rapist rape u dey talk… I housed you for a year…