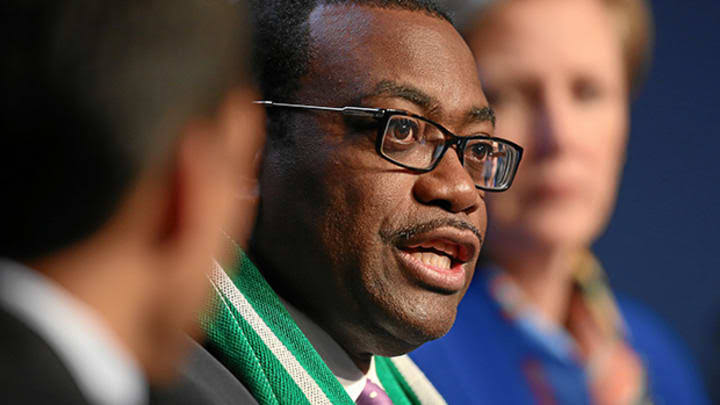 According to several informed sources in and outside of Africa’s premier development institution, this was and always has been an insidious attempt by the United States to remove Akinwumi Adesina, a Nigerian, as President of the Bank. For the record, the United States vigorously opposed him during his election in 2015. Ever since, at a Board level, they have done everthing possible to derail him and his Africa-focused development agenda.

Bank insiders suggest that the so called whistleblower allegations have been orchestrated by none other than the American representative at the bank, a certain Stephen Dowd, who the French press have since unmasked.

Many observers believe that what the U.S. is doing at the African Development Bank is no different than what it is currently doing at the WHO.

On January 16, 2020 allegations of ethical breaches were leveled against Adesina by whistleblowers. In contravention of Bank rules, a certain member of the Ethics Committee, again believed to be Stephen Dowd, leaked the complaints to staff, the public, and the press, in what was clearly the beginnings of an assault and a major smear campaign.

The Bank’s Ethics Committee, made up of Executive Directors representing shareholder nations, deliberated over every single one of the allegations over a three-month span and in May 2020 cleared Adesina on every single allegation. The report described the allegations as frivolous, baseless, and without merit or evidence. The report and conclusive deliberations of the Ethics Committee was subsequently sent to all Governors (Finance Ministers) of the Bank’s 81 shareholder counties, including tbe United States.

It is believed that America’s intention all along was that even if one of the allegations stuck, Adesina would have to be removed as President of the Bank and made ineligible for re-election in May 2020. This attempt failed.

The fact is, the governance procedures of the Bank during the investigation were followed to the letter. However, as the outcome of the investigation did not suit the anticipated expectations of the U.S., it now seeks to undermine the credibility of the Bank, derail Adesina’s leadership, and possibly set the pretext for a veiled threat to pull out out of the Bank as a shareholder.

So what does the U.S. have against Adesina?

1. He is an unapologetic Pan-Africanist, who more than any other President has moved the development agenda of the Bank and Africa forward in a manner that no other in the Bank’s 56-year history has.

2. On the Board, he does not kowtow to the U.S. or its whims on critical issues related to Africa’s development.

3. In 2019 he successfully led the Bank’s shareholder General Capital Increase from $93 billion to $208 billion. In the process he became the first Bank President to take the risk of championing a case for increasing capital for Africa’s development during a first term in office. It was a gambit that paid off in spite of initial strong American opposition.

4. In 2018, Adesina championed and helped create the Bank-sponsored Africa Investment Forum which in 2018 and 2019 attracted more than $80 billion in infrastructure investment interests into the continent. This was an unprecedented initiative. The U.S. representative was said to have considered the Forum a departure from the Bank’s original mandate. Some also saw this as an attempt by Adesina to help wean African nations off of a dependency on foreign aid. Some critics also suggested that Adesina was attempting to burnish his credentials among African Heads of State via the investment forum.

5. Nigeria is the Bank’s largest shareholder, followed by Egypt, Germany, and the United States. In 2019, an OpEd believed to have been crafted by the American Executive Director (Stephen Dowd), appeared in an American newspaper – The Hill. Among other things it questioned why the U.S. (as the second largest non-regional shareholder and the 4th largest shareholder after Nigeria, Egypt, and Germany), did not have veto power at the African Development Bank.

6. The U.S. Treasury Department has not taken kindly to the fact Adesina has not publicly spoken against China’s increasing economic dominance in Africa. Instead, he has framed his economic argument as follows – “Do not be overly concerned about China’s presence in Africa economically. Be more concerned about America’s absence.”

In 2019, the U.S. set up DFC – the Development Finance Coorporation – with approximately $60 billion. With DFC and firm control of the World Bank the idea was that the U.S., which has not hidden its anti-multilateral development bias, could easily checkmate China on the African continent.

The current plan therefore is to use U.S. reservations about the conclusions of the African Development Bank’s Ethics Committee as a pretext to possibly pull out of the Bank (Stephen Dowd is reported to have intimated some of his colleagues on the Board of this plan early in May 2020). The veiled attempt is to imperil the institution financially, and subsequently become the dominant development power on the continent. With DFC and the World Bank under its control, the U.S. would seek to dominate Africa economically via a proverbial carrot and stick strategy.

If the Governors of the Bank come back to the United States, and say “no we have carried out our due diligence and duly cleared Adesina of any wrong doing,” this will be the signal for the U.S. to carry out its next line of action – a possible pullout from the Bank.

Today, the ball is in the court of especially African shareholder nations. What they decide and what they allow could very well determine the future of the African Development Bank and the future of Africa’s development.