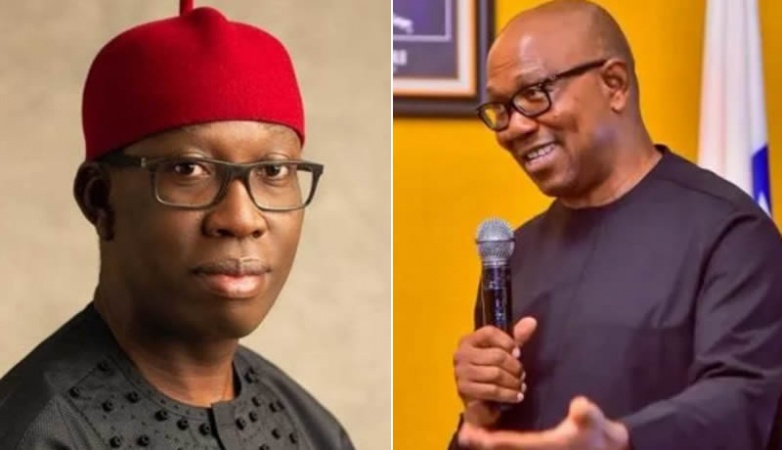 Ahead of the 2023 election, the vice presidential candidate of the Peoples Democratic Party (PDP), Ifeanyi Okowa, has cautioned Labor Party (LP) flagbearer, Peter Obi, against attempting to gather votes through the church.
Applesbite recalls that the former Governor of Anambra state in recent times paid visits to several churches including the Dunamis International Gospel Centre, Abuja and the Redemption City of the Redeemed Christian Church of God, where he was warmly received.

However, in an interview in Kano state, Okowa, who is also the Delta State governor said the church should not be dragged into politics.

He urged obi to stop trying to use the Church or drive Christians into politics because it is not their calling.

In response to a question regarding the claim made by some people that his emergence as the PDP’s vice presidential candidate was a betrayal of the south, particularly in light of Obi’s rising popularity in the region, Okowa said it was unfortunate that people cling to anything, even to the detriment of their fate.

He said: “Now you begin to look at what is going on; the Peter Obi factor is as if he is trying to go through the church and make it look as if he is driving the Christians into politics. I do not believe that the church should actively go into politics because that is not their calling.

But people are just hanging to anything they can reach out to even to the detriment of their fate. I don’t believe that’s the right part to go”