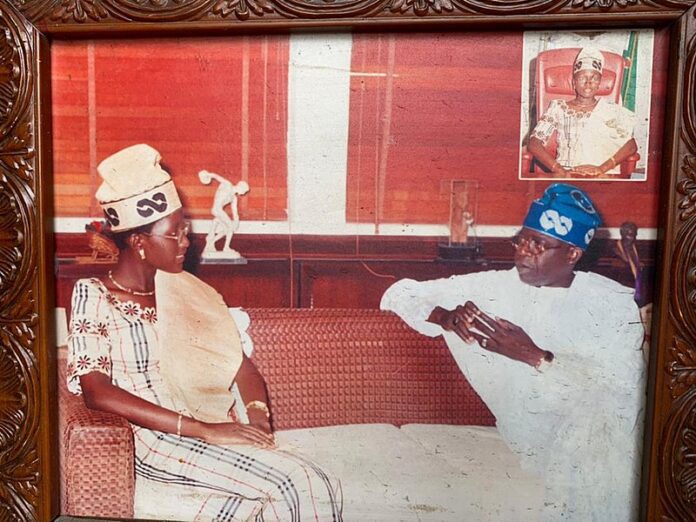 2023: Past Winners Tinubu’s ‘One Day Governor’ Initiative Urge Nigerians To Vote him as Next Nigerian President

With the 2023 General Elections around the corner, Nigerians have been urged to vote for the Presidential Candidate of the All Progressives Congress (APC),
Asiwaju Bola Ahmed Tinubu.

Addressing journalists at a press conference via zoom on Sunday December 4, 2022, some past Lagos State “One Day Governors” stated that “there is no better candidate than our father, Asiwaju Bola Ahmed Tinubu, former Governor of Lagos State as President of the Federal Republic of Nigeria.”

Five of the past “One Day Governors” who spoke at the conference, and who are successful in their various endeavours, attributed their successes to Asiwaju Bola Tinubu and have promised to mobilise the youths to go out enmasse and cast their votes for the former governor of Lagos State.

They urged fellow youths “to use our example and experience to liberate themselves from the campaign of calumny of those who had similar opportunity to show love, to give care and to make effort to give youths in their states self-confidence and a secured future, but failed woefully to do so.

“A Tinubu presidency will give youths real sense of belonging and integrated participation.”

They emphasised that there is no doubt that Nigerians are preparing to set up a new democratic dispensation in February 2023, adding that elections are held every four years in line with the Nigerian Constitution to elect new representatives for the executive and legislative arms of government.

“This conforms with the principle of popular sovereignty which says the citizens must determine those to represent them.

“For power to come from the people and not, as we have had in our tragic military period, the barrel of the gun, the exercise of franchise by voting has been established as the global standard. 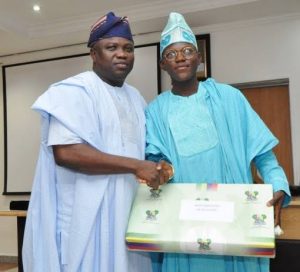 “We commend the Independent National Electoral Commission, INEC for putting in place policies and processes which have enabled the youths to register to vote.
For the first time since the return of democracy in 1999, INEC has released figures to show that majority of voters in the new register are voters,” they said.

According to them, as expected, not less than 18 parties have put forward candidates for the offices at House of Assembly, Governorship, House of Representatives, Senate and the Presidency.

“Campaigns have also started in earnest as candidates sell their track records and manifesto of their vision to the Nigerian people.

“A boy or girl is the product of his or her experience. We are Nigerian youths. Our experience has made it an obligation to come forward at this time to address this press conference.

“The condition and aspiration of students in Lagos State primary and secondary schools went through a revolution in 2001 when, for the first time, mentoring youths and nurturing them to imbibe values of achievement took a radical dimension with the introduction of the Spelling Bee competition.

“It was the pet project of Senator Mrs Oluremi Tinubu. Her husband, our father, Senator Bola Ahmed Tinubu was the governor. 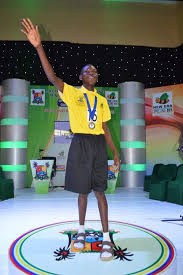 “Every child who has demonstrated some proficiency in English Language was invited by school managers to compete so that the school could present it’s best candidate in the inter-school competition,” they said.

They stated that the competition moved from local government education districts to state districts to the finals, adding that the best candidate to spell won.

“What values did we learn?
First, that your achievement in life is ultimately determined by your effort, not by the wealth or poverty of your parents.

“Second, that the acquisition of knowledge and skills is critical to your success.

“Third, that only a leadership that cares for the youths and facilitates their development is serious about sincerely ensuring that the youths will be the leaders if tomorrow.

“Fourth, that performance is not determined by your tribe or religion or class. It is determined by how you use your talents and skills.

“Finally, we were taught to see ourselves as products of the investment of public resources and such must imbibe patriotism, enterprise and be our brothers and sisters’ keepers,” they said.

It was emphasised that “without any fear of contradiction, I wish to say, each and everyone of us who emerged One Day Governors and our fellow winners who were deputy governors, speakers and commissioners have gone into the world and we are excelling.

“We wish to thank our father, Senator Bola Ahmed Tinubu, who, despite the fact that we were just teenagers, showed the highest example of love and humility for vacating his office for us to perform our role as One Day Governors.

“It also showed the huge respect he has for the womenfolk and our mother, Senator Oluremi Tinubu in particular, for not saying women could only function in the kitchen and not rejecting an idea that has transformed our lives
The above testimony leads us to the logical conclusion.

Some of the “One Day Governors,” who are successful in their endeavours, include Chukwuebuka Anisiobi, winner of the 2001 edition.

Anisiobi attended Maryland Comprehensive Secondary School and graduated in 2001. He later went to the
Obafemi Awolowo University, Ile Ife, Osun State, where he graduated in 2007 having read Computer Engineering, and graduated 2007. He later went to GE Oil & Gas University, Florence and got a degree in Oil and Gas Management in 2015. He is currently a Drilling Operations Engineer with Oando Energy Services, and he is married with one child.

Otiti Jasmine, who won the 2002 edition, has a Bachelor’s degree in English from the State University of New York (SUNY) Brockport and currently works as a copywriter.

He later graduated with a Bachelor’s degree in Pure and Applied Chemistry (First Class Honours), from the University of Lagos, Akoka in 2008.

He currently works with Akintola Williams Deloitte as Audit Senior in the Energy & Resources Department.

Tade Ajao, who won the competition in
2005 at the age of 14, and studied Medicine at the Obafemi Awolowo University, Ile Ife, Osun State.

Ikechukwu Abundance Nlemadim won the 2006 edition of One Day Governor.

He holds Bachelor’s degree in Mechanical Engineering from the University of Lagos, Akoka.

He worked as a Graduate Technical sales Engineer with Richardson Oil and Gas. He
later joined PZ Cussons Ltd as a Category and Innovations Manager.

He is currently working with Diageo Nigeria as a commercial graduate and he is married to Itunu Bello and they are still expecting their first child.

Maryam Busari-Obadina was One Day Governor in 2007 at the age of 16.
She is a Legal Practitioner and currently works as State Counsel with the Lagos State Ministry of Justice.

Daniel Osunbor was One Day Governor in 2008. He graduated with Bachelor’s degree in Microbiology from the University of Benin (UNIBEN) in 2014.

Olaide Adesopo won the Spelling Bee in 2009 at age of 16. She holds Bachelor’s Degree in International Relations from the Obafemi Awolowo University, Ile Ife.
She later underwent her Youth Service with the Petroleum Products Pricing Regulatory Agency (PPPRA).

Oluwatoyin Adeosun was One Day Governor in 2010. She later proceeded
to The Federal University Of Agriculture, Abeokuta. She later did her Industrial Training (IT) at the Ministry of Economic Planning and Budget.

Akpakpan Iniodu Jones was One Day Governor in 2011.

He attended Baptist Senior High School, Obanikoro and won at the at of 17.
He currently studying law at the University of Ibadan, Oyo State.

Lilian Ogbuefi won the competition
in 2012. She attended Lagos State Model College Kankon. She studied at Senior at Fisk University, Nashville TN with double Major in Business Administration and English.