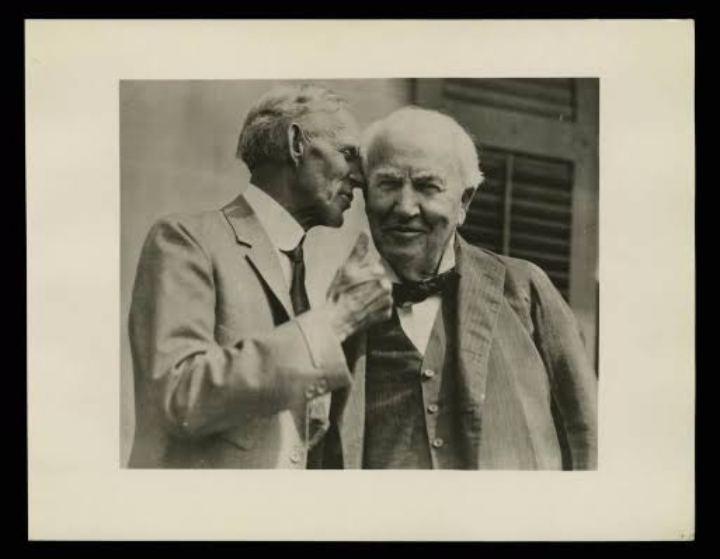 Share this post
The fascinating story was once told, of how a much older Thomas Edison and a young innvonator, who would become renowned Henry Does became friends.
It was an encounter between two generations of entrepreneurs.

The first time Henry Ford met Thomas Edison, Ford was rebuffed. He was an engineer working at one of Edison’s subsidiary companies. He was formally introduced at a dinner where Edison was present. He was introduced as the inventor of a cart that was powered by gasoline powered engine. At the meeting, Edison peppered Ford with questions and Ford outlined the design he had in mind. He was impressed!

Although, Edison had the same idea as the young man however, he was considering electricity as the power source while the young man used a gasoline engine to power the car. He slammed his fist down and shouted “young man, that’s the thing! You have it! I think you are on to something! I encourage you to continue your pursuits!”

With these words of encouragement from the most highly respected inventor in the United States at that time, HENRY Ford continued his work, invented a car and became wealthy.

On december 9, 1914, Thomas Edison’s laboratory and factory got burnt. He was 67years old and the damage was too extensive for insurance cover. Before the ashes were cold, Henry Ford handed Edison a cheque of $750,000 with a note saying that Edison could have more if he needed it!

In 1916, Henry Ford relocated his home to the building next to Edison’s home and when Edison couldn’t walk and was confined to a wheelchair by his doctors, Henry Ford also bought himself a wheelchair so that he could run wheelchair races with his friend and mentor!

Thomas Edison made Henry Ford believe in himself and got a friend for life!

Don’t ever be jealous of other people’s success. If you can’t win a race, help the person in front of you break the record!

Putting out the candle light of your neighbour in the dark will never increase the brightness of yours.

Your candle will not lose its light when it lights up another candle. Getting the job done is more important than who gets the glory!

Be inspired, speak positively into someone’s life today, and possibly save a soul.