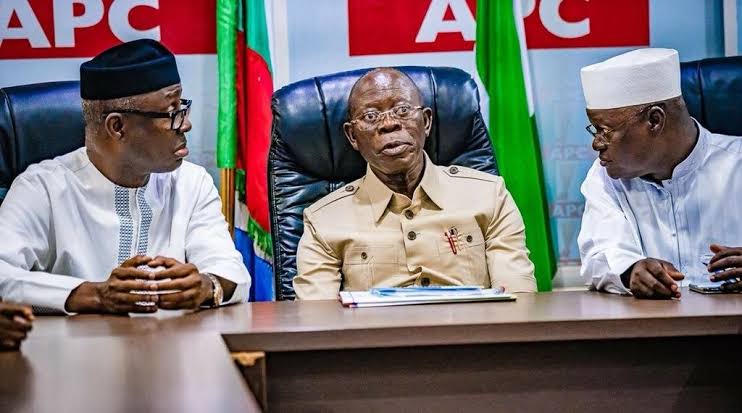 Immediate-past National Chairman of the All Progressives Congress, Comrade Adams Oshiomhole said he has accepted the decision of the national executive committee to dissolve the national working committee which he chaired from June 23 2018 until 25 June 2020.

He disclosed this while addressing journalists in Abuja.

The former APC national chairman acknowledged his contributions to the progressives family particularly, the victory it’s recorded during the 2019 general elections.

As a loyal member of the APC and in line with the decisions during the last national executive committee meeting, Oshiomhole said he has instructed his lawyers to withdraw his case earlier intended to challenge his suspension at the supreme court.