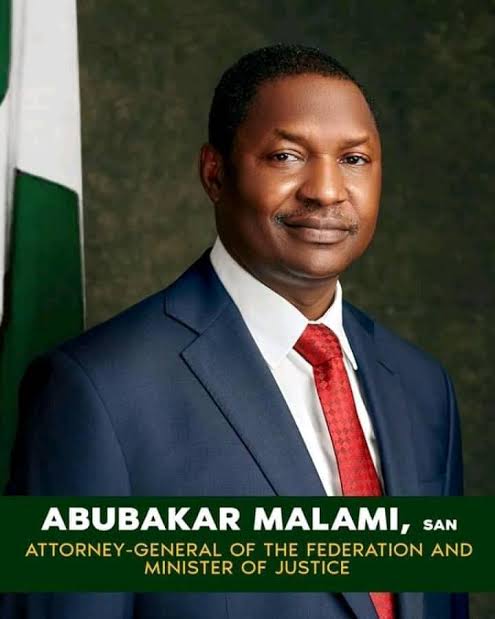 Attorney General of the Federation and Minster of Justice, Abubakar Malami, SAN, has won the Best Minister Award 2020.

Mr Alexandra Olufunsho, the Founder of the Face of Democracy Nigeria (FDN) Project, while presenting the award for the Democracy Heroes category said Malami beat 19 other ministers to emerge the best.

“20 ministers were nominated and our selection committee, after due diligence pruned the nominees to four which the general public voted for and the Minister of Justice came first.

“We did our findings and discovered that we are honouring the right man who has been proactive in the unity of this country by bringing in policies that will deliver dividends of democracy”, he said.

Olufunsho said that the Democracy Heroes Award was launched about six years ago to recognise, honour and celebrate men and women ‘who have contributed to the development of our nation’.

The Solicitor-General and Permanent Secretary of the Ministry Dayo Apata, SAN, said that Malami has received many awards for his performance as minister of justice.

He said: “Malami is the best minister we ever had in the ministry’.

Responding, Malami thanked the organisers for the award.

“I take the award both as a challenge and a clarion call to redouble my efforts to do more for the democratic system.

“This will also spur me and the management to enhance the dispension of justice and improve the welfare of judiciary officers across the country”.