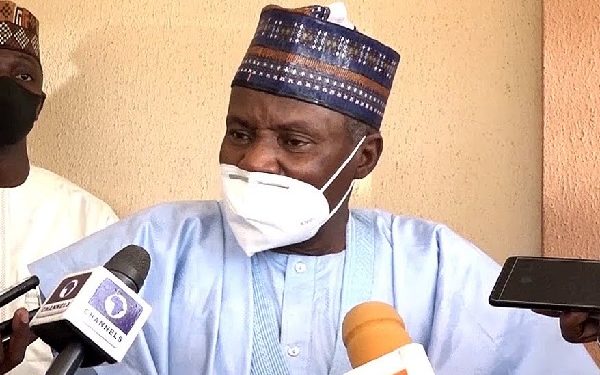 The Federal Government has stated that bandits and Boko Haram fighters have joined forces, leading to an increase in terrorist activities being witnessed across the country.

This was made known by the Minister of Defence, Maj. Gen. Bashir Magashi while briefing journalists after the week’s virtual Federal Executive Council meeting presided over by the President Muhammadu Buhari.

He stated that the attacks on the Abuja-Kaduna train and rail track, and other recent attacks in the north were carried out by joint forces of bandits and Boko Haram members working in unison.

“What is happening now is that there is a kind of an unholy handshake between bandits and Boko Haram insurgents.

“Preliminary reports of what transpired at the Kaduna train attacks show that there is a kind of collaboration between the bandits and the dislodged Boko Haram terrorists from the northeast. I can tell you very confidently that the Federal Government on the top of this matter,” he told journalists.

On government efforts to arrest the terrorists that carried out the train attack, the minister said, “Honestly, I think the security chiefs are working hard to unveil those that are involved, and we will tell you very soon those that are carrying out these attacks.