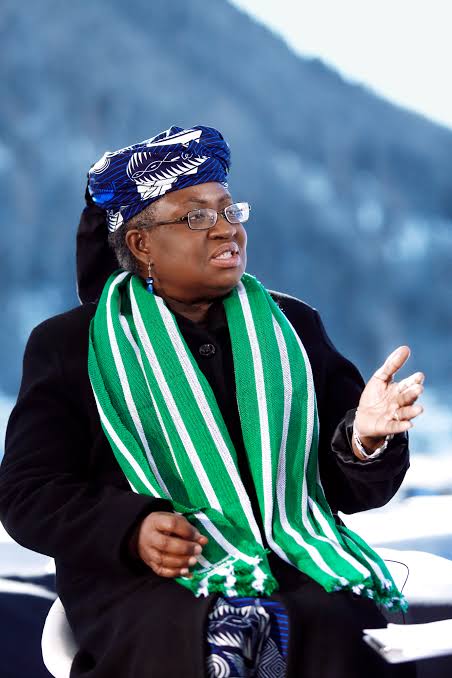 Republic of Benin has withdran her nomination and nominated Nigeria’s former Minister for Finance and former Managing Director of World Bank, Dr Ngozi Okonjo-Iweala for the Director General of the World Trade Organisation (WTO). This is a major boost for Okonjo-Iweala’s ambition.

Benin decided to withdraw her nominee after a letter addressed to the Permanent Mission of the Republic of Benin to the United Nations Office and other International Organizations based in Geneva, Switzerland on Friday.

In her two-page letter, Benin informed the Permanent Missions of the Member States of the International Organization of La Francophonie (01F) at the World Trade Organization (WTO) in Geneva of its decision to withdraw its candidate in the person of Ambassador, Permanent Representative of Benin in Geneva, His Excellency Eloi Laourou.

Benin said that her decision to withdraw her nomination was informed by consultations conducted by three African countries registered by the Summit of Heads of State and Government of the African Union on February 10 in Addis Ababa, Ethiopia for the endorsement of a single candidate from Africa for the post of Director General of the WTO for the period 2021 – 2025.

Benin said that the decision to give her support to the candidacy of the Federal Republic of Nigeria, in the person of Okonjo-Iweala was informed by AU decision to support a consensus candidate.

Diplomatic sources told reporters that credit should be given to President Patrice Guillaume Athanase Talon of the Republic of Benin for his country’s decision to support Nigeria for the WTO Director General’s job.

This decision of the President of the Republic of Benin was said to have been inspired by his high sense of seeking consensus around a candidate which will be endorsed by the African Union, as recommended by the Heads of State and Government of the African Union in their decisions adopted respectively on July 07, 2019 in Niamey, Niger Republic and February 10, 2020 at Addis Ababa, Ethiopia.

Benin Republic’s Permanent Mission also called on counterparts in the member states of the OIF to inform their respective national authorities that she has decided to throw her weight behind Nigeria’s candidate Okonjo-Iweala.

Last week, WTO acknowledged the nomination of Okonjo-Iweala, as one of the candidates for the position of the Director-General of the organization.

The WTO has opened nominations for a successful candidate that will succeed the current Director-General, Mr Roberto Azevedo, who will be stepping down on August 31, 2020, one year ahead of time

WTO announced this on 9th June, 2020 via its twitter handle.

The tweet post from WTO states, “Ngozi Okonjo-Iweala, Chair of the Board of Gavi and Nigeria’s former Finance Minister, has been nominated by Nigeria as a candidate for the post of WTO Director-General.”

President Muhammadu Buhari nominated Okonjo-Iweala for the top job. However, her nomination was opposed by Egypt on grounds that the period of nominations had elapsed.

Egypt claimed that the African Union executive had set November 30, 2019 as the deadline for submission of nominees for African countries, therefore, Nigeria’s nomination violated that.

However, the WTO disagreed, saying that the nomination process actually opened on June 8 and will end on July 8, contrary to the claim by Egypt.

The statement from WTO said the nomination period would end on 8 July. Learn more about the process to select the next Director-General of WTO.”

The WTO said after the nomination period is closed, the candidates will be invited to meet with members at a special general council meeting, present their views and take questions from the membership.

Other nominees for the post so far include Mr. Jesús Seade Kuri of Mexico, and Mr. Abdel-Hamid Mamdouh of Egypt. Okonjo-Iweala, is a world-renowned economist and international development expert.