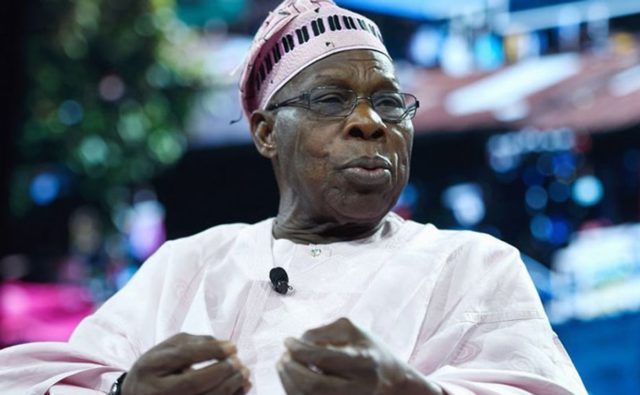 Nigeria’s former President, Olusegun Obasanjo has revealed how late former US Ambassador to Nigeria, Walter Carrington leaked information of his planned arrest by the regime of despot leader, Sani Abacha to him in 1995.

According to him, Carrington offered him political asylum in the United States of America during his trip to Copenhagen to attend the World Social Summit as Human Development Ambassador of the United Nations Development Programme.

He said he turned down the asylum offer despite its tempting and assuring nature.

Obasanjo in a condolence letter to the wife of the late Ambassador, Arese Carrington, said Carrington helped in easing the move to democratic rule in the country.

“Carrington was one of the responsible, matured and respected voices to take Nigeria out of the unwholesome situation it had found itself – permanently in crisis, regularly threatened with disintegration, prolongingly devoid of democracy, and economically plundered and mismanaged.

“Indeed, I recall, sometime in 1995, that on one of my trips to Copenhagen to attend World Social Summit as Human Development Ambassador of the United Nations Development Programme, I received the most touching of the warnings, pieces of advice and offers to me from Amb. Carrington.

“He called me in Copenhagen and told me categorically that I was going to be arrested on returning home and, therefore, advised me not to return home.

“But he did not stop it there, he offered me political asylum by his government in the US. That was both touching and assuring, but I decided that, tempting and assuring as the offer was, I would not take it. I came back and was arrested and imprisoned by Abacha. No doubt, his generous assistance to my family while I was a political prisoner makes me forever indebted to him.

“When I was in prison, he was one of the few foreign Ambassadors who regularly visited my wife to encourage her and to find out how I was doing in prison. I can proudly say he was a true friend and brother,” Obasanjo narrated in the letter.

The former president sympathised with Arese over the loss, saying that Carrington was the most outstanding diplomats of our time in the world.

“I must say I received the news of the demise of this great brother and friend with mixed feelings of sadness and gratitude to God.

“I was sad because we will miss his contribution to the building of a new world of his dream and an Africa of our joint dream but I am grateful to God for his life well spent in the service of God and humanity. Throughout his spectacular life, Amb. Carrington was devoted to something greater than he was.

“He was committed to improving humankind through the fairness, kindness, optimism and intelligence he brought to bear on all his undertakings, and through the righteousness, humanness and harmony he promoted in the US as a human rights activist and indeed across the world.

“He came to Nigeria with love, ate and drank Nigerian delicacies and drinks, showed a significant demonstration of oneness by walking the aisle to tie the nuptial knot outside nationality bounds with one of our illustrious daughters and that is you, and he was loved and appreciated by the people through giving him a Yoruba name “Omowale” and naming a street after him in Victoria Island, Lagos.

“It is right that people from around the world at this point in time have been generously pouring encomiums on your late husband. I am, therefore, using this medium to add my voice to theirs in recognizing his outstanding commitment and devotion to the advancement of humanity.

” We celebrate his life well spent in the service of humanity and we will continue to project his principles and values in contributing to governance, security, and sustainable development of the African continent. His legacies will live on and continue to touch many lives and generations to come. Indeed, it gladdens my heart to know not only Nigeria and Africa, but many nations around the world had a friend in him,” he said in the letter obtained by The Punch.

Related tags : Carrington Offered Me Asylum to the US Before Abacha Arrested Me – Obasanjo