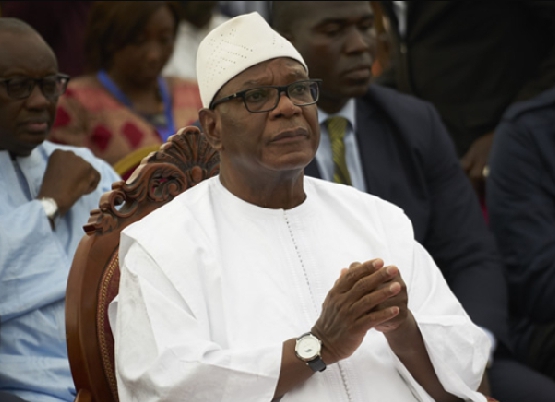 In a televised address, Mr Keïta said he was also dissolving the government and parliament.

“I want no blood to be spilled to keep me in power,” he added.

It comes hours after he and Prime Minister Boubou Cissé were taken to a military camp near the capital Bamako, drawing condemnation from regional powers and France.

“If today, certain elements of our armed forces want this to end through their intervention, do I really have a choice?” said Mr Keïta.

“I hold no hatred towards anyone, my love of my country does not allow me to,” he added. “May God save us.”

Earlier, the mutinying soldiers took control of the Kati camp.

There has been anger among troops about pay and over a continuing conflict with jihadists – as well as widespread discontent with the former president.

Mr Keïta won a second term in elections in 2018, but there has been anger over corruption, the mismanagement of the economy and a dispute over legislative elections.

Next Read: I Won’t Encourage My Children To Be Entrepreneurs – Iroko TV Boss, Jason Njoku