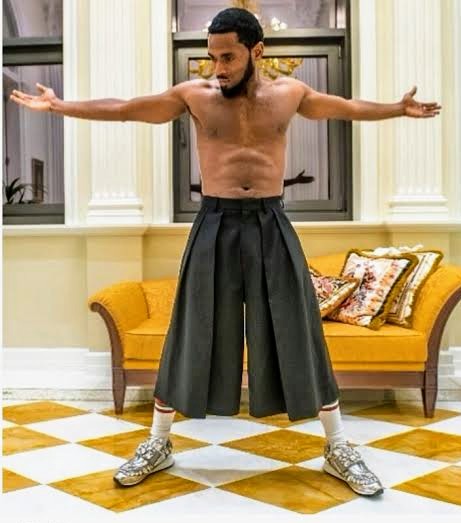 The Coalition of Public Interests Lawyers and Advocates, COPA, has called for the arrest of popular Nigerian artiste Mr. Oladapo Oyebanjo, aka D’Banj, following an allegation of rape against him by Miss Seyitan Tayo, NAN reports.

Recall that Tayo had accused the singer of sexual assault which according to her, happened in 2018.

Following the development, the ‘Koko Master’ corona who denied the allegation describing it as “lie from the pit of hell” slammed Tayo with an N100 million defamation suit demanding an apology in four national dailies or risk legal action.

However, on Thursday there were varying reports of Seyitan allegedly arrested and threatened by Dbanj’s camp.

This did not go down well with some Nigerians who accused Dbanj of obstructing justice and intimidation on social media and equally prompted the Inspector general of Police l Mohammed Adamu, to order an investigation into the case.

Reacting, Mr. Patrick Odey, Director, Human Rights and Gender, at COPA in a statement released on Wednesday urged the Nigeria Police to allay the fears of ordinary Nigerians in its handling of rape matters in the country.

According to him, the coalition wondered why Tayo (the victim) should be detained instead of D’Banj, the accused.

He also commended the timely intervention of the Inspector General of Police, IGP, Mr. Mohammed Adamu, noting that time had come for every Nigerian to rise up to the challenge and bring rapists to justice.

“We welcome the forthright and timely intervention of the Inspector General of Police, who has since ordered a comprehensive investigation into this matter.

“This directive is timely given the individuals involved and the peculiarity of the issues therein, as well as the ugly times we live in as a nation where incidences of rape and other gender-based crimes are rampant.

“The intervention of the IGP is satisfying and assuages risen public fear before now that the instrumentality of the Nigeria Police Force had been hijacked by the bourgeoisie class of the Nigerian polity to protect the musician.

“Speculations of manipulation and partiality in the investigative process especially given the status of the alleged offender in comparison to the victim, but the directive of the IGP is, to say the least, reassuring and highly welcomed,” he said.

Odey further stated that the delay in inviting the alleged offender for the purpose of interrogation in pursuance of the investigation ordered by the Inspector General leaves much to be desired as regards the public perception of the process.

He noted no one should enjoy special treatment over any other especially within the sector of crime detection and justice delivery in the country.

“Justice must not only be done but must also be manifestly seen to be done, and for us at COPA, the manifest path of justice extends to the conduct of investigations and the treatment of the parties.

“It will be a fair play if there will be a transparent and visible investigation to ensure that a proper, dispassionate and comprehensive investigation into the allegations was conducted without considering the personality involved,” he added.