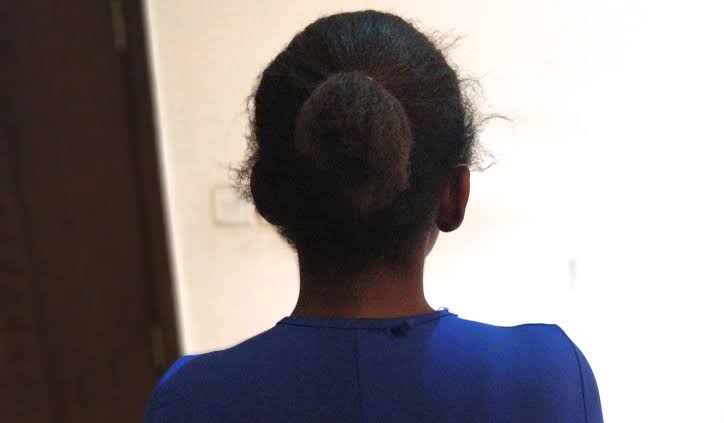 Some weeks ago, someone was sharing with me the story of a secondary school girl whose mother took her to a white garment church for deliverance.

The need for deliverance was borne out of the fact that the young teen still bed-wets. The pastor asked that the child be left with him for some days for total spiritual cleansing and deliverance from the demons responsible for the predicament. The mother after the stipulated time came back to pick her daughter who then narrated how the deliverance process went. The pastor gave the young girl a candle to put in and rub her private part for a couple of days after which the pastor penetrated with his manhood.

I asked, what was done? The informant said nothing. The mother informed the neighbors who in turn chastised the pastor. The pastor apologized blaming the devil and the matter was swept under carpet. I was livid. A deep baritone voice echoed, what nonsense!. I was shocked to discover the voice belonged to my dad who had taken an interest in the story. He’s someone who doesn’t have the luxury of time to listen to women talks, I guess that explains the shock.

He asked, is the church still open and functional? You and I know the answer to that. More innocent victims are likely to fall prey to the randy pastor’s antics. 2 weeks after, the internet went crazy on rape-related cases.

Sexual assault is rape or any other sexual contact that results from coercion, including the seduction of a child through offers of affection or bribes; it also includes being touched, grabbed, kissed, or shown genitals. Rape is an act of sexual intercourse with an individual without his/her consent, through force or threat of force.

It’s usually a traumatic experience for the victim. I’m extremely bothered and enraged when the victim is a MINOR. I’ve heard of fathers raping their daughter/stepdaughter, uncles/aunts raping their nieces/nephews respectively and all sorts. CHILD SEXUAL ABUSE is when an adult has consensual sexual contact with a minor. The age defining a minor differs from country to country. I recently discovered that the age of consent in Nigeria is 11 years as opposed to 18years I had thought. This is one of the lowest in the world if not the lowest. In 2015, it was reported by UNICEF that 1 in 4 girls and 1 in 10 boys in Nigeria had experienced sexual violence before the age of 18. It’s important to remember that the boys also get raped.

Many of the minors who are victims tell a parent most often their mother, however just a few get justice. These victims are labeled with all sort of derogatory names such as prostitute, demonic, possessed and so on. Other times, the informed parent choose to live in denial.

The society/ culture view rape as a shameful experience with the victim sometimes blamed/held responsible for the unfortunate incident. Another reason why affected minors may not report/get justice is due to financial and social consequences that may result.

The minor and informed parent may be stigmatized, lose respect in the society and ultimately loose financial support from a family/spouse. Ignorance can’t be ignored. Some parents, guardians/affected minors are ignorant, overwhelmed and confused concerning what the next steps should be.

From my research, to prove a rape case, one needs an eyewitness and or medical evidence. Eye witness can also be a live video recording e.g. a CCTV recording. The eye witness is expected to have witnessed the penetration of the vagina. This you will agree might be difficult to produce as evidence as most rape cases occur in locations where there are no eyewitnesses.

While discussing this issue with a senior colleague and friend, he felt that getting medical evidence seem the only way to get justice now or in the future.This evidence can be in form of a medical report, DNA or forensic evidence. According to him, the affected minor and their family may not want to report to relevant authorities and immediately get justice due to sociocultural implications accompanying such decision. What’s the way forward?

Get a medical report. This can be kept for future references. The victim should be taken to the hospital preferably a government hospital where available as soon as possible. Medical professionals are trained to be empathetic and confidential in their dealings. The victim is usually advised not to wash, shower, douche, brush teeth, clip fingernails nor change clothing prior to presentation at the hospital. This is to preserve evidence which can be documented/analyzed for forensics.

This also provides the victim the opportunity of getting prophylaxis against Sexually Transmitted Infection including HIV and emergency contraception where indicated. Psychological support, follow up visits and possible referral to a psychologist are benefits of taking the victim to the hospital ASAP

In conclusion, rape and attempt to rape is punishable by law. Rape victims undergo a lot of psychological symptoms ranging from shame, guilt, withdrawal to self, low self-esteem, depression, post-traumatic disorder and much more. Negative, judgmental and derisive comment should be totally avoided. Empathy, love, support, and help should be offered to victims. Parents/Guardians should actively monitor their wards and avoid leaving them unsupervised with strangers/people untested and untrustworthy. Let’s stop victim blaming, report rape cases promptly to appropriate authorities, get medical help and seek justice. May God keep and protect our children. Amen.