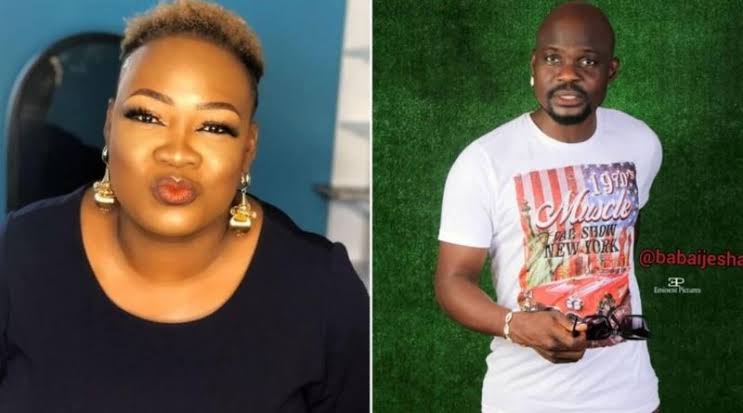 Facts of the Case As We Know

The developing story of alleged rape and sexual assault of a minor leveled against Yoruba Actor Olanrewaju James popularly known as Babaijesha has continued to generate exchange of views on social media, since April 30, when the police issued a press statement confirming the arrest of the culprit.

Although, everyone appear to be in unison in their condemnation of pedophilia, rape and assault, howbeit, what is perceived to have continually polarize people is to what degree they are against Babaijesha, considering the circumstances sounding his case with Damilola Adekoya, known as Princess Comedian.

Babaijesha who still cools heels in the police custody, was denied bail because according to Lagos State commissioner of police, Akeem Odumosu, Baba Ilesha’s application for bail was denied because the police found convincing evidence that Baba Ijesha did something that should not have been done under the law. Odumosu added that only the court can prove that Baba Ijesha was guilty or not, but it is their job to investigate and bring the suspect to justice.

The Lagos State Government on Tuesday, May 4 determined a prima facie case against Babaijesha, recommending that he should be charged under the five provisions of the 2015 criminal law of Lagos State.
This is according to the signed statement by Attorney General and Commissioner for Justice of the, Moyosore Onigbanjo.

A practitioner in Nollywood who spoke on condition of anonymity posited, “…I think why Princess feels really hurt is why Baba Ijesha would be having an affair with her, and still be doing such to a young girl under her nose. That kind of thing will hurt any woman, so I really don’t blame her,” she submitted.

To put paid to speculations about the affair between both thespians, Akin Olafeso lawyer to the embattled actor, after getting a brief from his client asserted that Baba Ijesha and Princess Comedian were an item. According to him, “My client had an illicit affair with Princess in the past, unknown to Princess, Baba Ijesha took advantage of his access to her house to sexually molest her adopted, she got wind of this, she decided to set Baba Ijesha up to teach him an unforgettable lesson,” he said.

An actress who doesn’t want to be named while speaking to eelive.ng on the possibility of an affair between the duo said she was convinced both performers were ex-lovers, but Baba Ijesha only messed things up with the assault on the minor.

“She said she was Baba Ijesha’s benefactor, she enrolled him in UNILAG and all that. The question is why was it she Baba Ijesha went to for help? Why not any of the men in the industry, why not Oga Bello, why not Jide Kosoko, why not Yinka Quadri, why Princess. So definitely, there must be something going on between them,” she posited.

Gbolahan, an entertainment journalist is of the position that it is hard to establish if there is a relationship between both entertains as there are no empirical facts to substantiate that claim.

“We don’t know for a fact the nature of their relationship. Princess married in May, 2013, I remember well at Balmoral Events Centre, Oregun, because I was there. Some top ministers from C & S officiated at the wedding. Two first ladies even graced occasion too. Mrs. Fashola and Mrs. Fayemi. Sadly, that marriage didn’t work, it lasted only two weeks, and Princess had to move out of the country to UK. Since she returned, she hasn’t been as buzzing as she was before, she hasn’t been getting as much gigs as before. She shot a movie in 2020 titled ‘Body Bag’, and Baba Ijesha wasn’t even in the movie, so how possibly close couldn’t they be?” Gbolahan asks leaving the question open ended.

Their Words Against Mine
Princess Comedian reacting to romantic insinuations between her and Baba Ijesha, while speaking with her friend who was recording the conversation and spotted by eelive.ng, Princess said, “…you can ask my ex husband, I don’t date. Someone introduced him to me. We met February 6 2013, and got married in April same year. What most people don’t know was that my ex-husband came back five years later for us to try in September, 2016. Between when he left and came back, I only dated one person I told him about it. That other relationship was till November 2016.

He knows the kind of person that I am. Even if I want to date or have an affair, Lanre (Baba Ijesha) is beneath me. You need to see where he sleeps, even dog cannot live there. One of those occasions when I checked him up there, I asked him what he was doing here, he said, after all I refused to give him shelter under my room. When he saw the photograph of my ex-husband, he (Baba Ijesha) said he knows him, that he (my ex) doesn’t deserve me.

“As nice as I am, I would be better if with someone like him; I shunned him and warned him never to say such again. I fit back with my ex-husband in December 2017, around March 2018, he went out and didn’t come back that day, at the time, I had become hypertensive because of the trauma from the child I lost. He came back home late and didn’t feel the need to apologize or explain his where about all day. It was at the time it dawned on me we truly can’t work. That was why he finally left.. He didn’t contest the divorce. For those thinking I couldn’t find a man to love me, it’s not true. I am actually too picky, I have OCD, Obsessive Compulsive Disorder. I have a laboratory I use, the laboratory is called TAMADE, once I meet a guy, before we even start out at all, I would take you to the lab for Sugar Test, Urine, HIV.
Those saying I dated Baba Ijesha can feel free to visit the laboratory to ask if Baba Ijesha was part of the men I ever brought to them for testing. Everyone in my area knows people I dated. Even if I dated him, would have give him the right to assault a minor in my custody?”

Share this post
Related tags : Exclusive! Grey Areas in the Relationship Between Baba Ijesha and Princess the Comedian Revealed