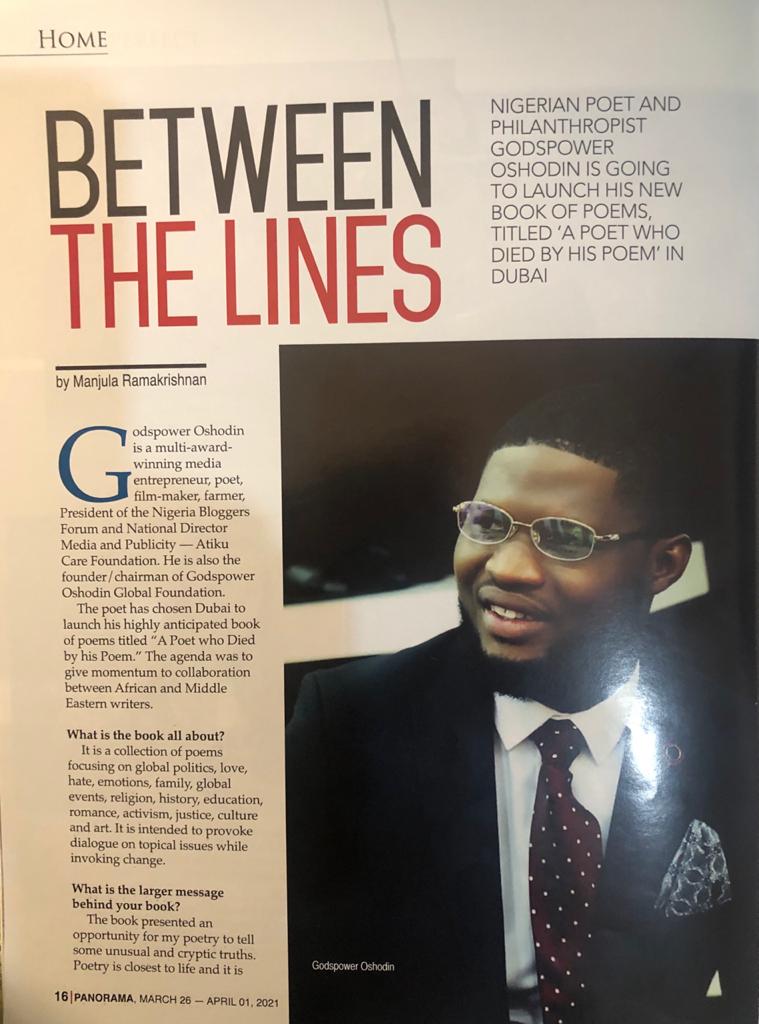 Godspower Oshodin gave insight about his forthcoming poetry book launch scheduled to take place in Dubai, in his Between The lines feature. 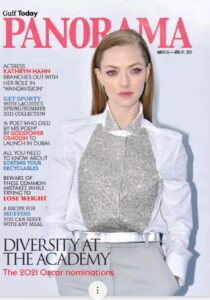 He emphasized that he chose Dubai for the book launch in a bid to foster a collaboration between African and Middle Eastern writers.

According to the author, media expert and entrepreneur, his book, A Poet Who Died By His Poem, which focuses on emotions, global events, family, religion, history, education, to mention but a few aspects of life, is meant to “provoke dialogue on 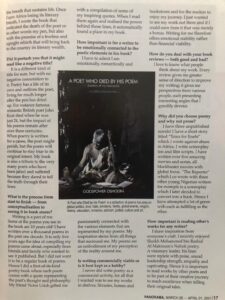 “The book presented an opportunity for my poetry to tell some unusual and cryptic truths”, the Nigerian-born author told Gulf Today while speaking on the larger message behind the book.

Gulf Today is one of the biggest and most influential and widely-read magazines in the United Arab Emirates.

The much anticipated poetry book, A Poet Who Died By His Poem, is already making waves in Middle East and Africa, Europe among parts of the world is set to be launched in Dubai at a date that shall be announced soon, as preparations hit top gear for the epoch event and gathering of some Influential Industry Stakeholders.