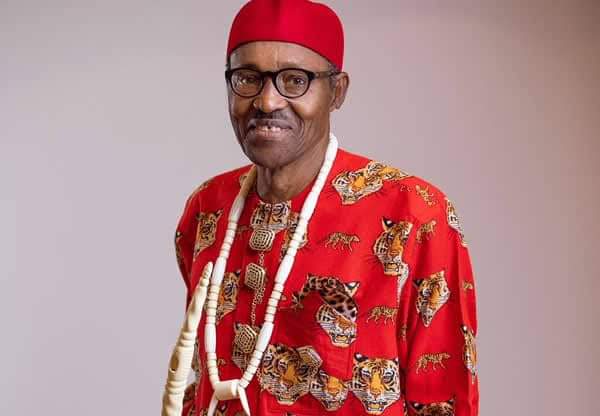 Nigeria has continued to wobble through her multi-faceted challenges, and one of the issues her leadership as well as the political actors are unable to pretend about is the place of the 2023 presidential election, which expectedly, is at the heart of all other things, currently.

I’m unpretentiously Yoruba – a proud one at that – and if anything, I’d gladly want to see a Yoruba president, emerge over and over again as the President of Nigeria.

It’s in human nature to feel so selfish. But, ask me honestly, to choose between being Yoruba and Nigerian, and I’d first pick my nationality. I love Nigeria. I can’t live elsewhere. Therefore, I’d be willing to concede anything to make it work.

It may be safe to say the country is presently a shadow of itself. Even as a child, I experienced glimpses of a beautiful Nigeria in the mid and late-80s, although her beauty and allure had begun to deteriorate. The Nigeria, whose other parts we wanted to visit as children, especially having read about them in our books back in school, was colourful; boasted unity, love and abundant resources. It seemed indivisible.

From Warri to Calabar, Kaduna, Kano, Kebbi, Sokoto, Jigawa, and the swamps of the Niger Delta, the breezy knowledge of what the country looked like on the side was even the more an inspiration for the national youth service exercise, which many always looked forward to.

All that is gone now. Everyone would rather stick to the regional or ethnic nomenclatures, while pretending to be part of the national façade. The love has paled into evident hate. The line is thin ab initio. There’s an increasing oppression and suppression of the minority, such that an average Nigerian would rather they went their ways.

But, hey, how about we fondle with some whiffs of hope? How about a sincere and patriotic opportunity at reviewing the principles of the current near failed-state and ponder options that could usher the way forward? I have an idea. How about we start with an Igbo presidency in 2023?

The current strife is majorly about the imbalances in terms of the sense of belonging nursed by other stakeholders in the project Nigeria, a situation that’s necessitated the allegation for marginalisation and the call for restructuring. But we can cut short the trouble, since starting afresh is almost impossible.

The Igbo have been short-changed over the years on account of the prism that power is not served a la carte. But I make bold to say the assertion itself is false, fraudulent and not true with the Igbo, especially.

One, the Igbo have never asked to be given power a la carte and two, you don’t ask someone to go compete for something in a place you clearly told him he stood no chance. You ask them to show strength in one breath, and in another, you say you don’t trust them. Meaning? Which of your trusts have they abused?

First, to address the lack of substance in the claim that power isn’t served a la carte, I want to ask: at what point did those who gained access today do without people clearing the path for them to ascend into office or power literally placed on their lapse? None!

Olusegun Obasanjo was in prison, when they brought him out to run in 1999. Was power not served him a la carte? Even his re-election followed a charade in Ota, Ogun State, when people allegedly went to beg him to come back. Didn’t he get it a la carte?

His successor, the late Umar Musa Yar’Adua was not even keen, when Obasanjo drafted him into the race. Worse still, his then running mate, Goodluck Jonathan pleaded to be left in Bayelsa as governor, but Baba Iyabo dragged them both into the race. How was power not served them a la carte?

Muhammadu Buhari had tried multiple times and failed, because power was not served him a la carte. But he became president, when power was placed on his lapse by a coalition. He didn’t even have his own money to either buy a nomination form or run any campaign, yet, he is running the second half of eight years and you say to the Igbo that power is not served a la carte, how?

Go to the states and see how inter-play of interests and horse-trading made it possible for governors to emerge, many of whom that could not raise N100 kobo for their campaign kick-offs. And you say to the Igbo, go and join a party, form alliances and win. Really? Aren’t they scattered across political parties already? That’s unfair. That’s an anti-Nigerian spirit.

I have come to this realisation and it’s a statement of fact: democracy actually serves power a la carte, because it is usually an arrangement and networking for power to be given to whomever. Only the military struggles and takes power by force. Therefore, we have opted for democracy and should embrace some of its altruistic ethoes without discrimination.

The Igbo are a critical part of this country and deserve to be treated as such. In fact, a critical ethnic nationality of the three key ones cannot be treated as though it is a Second Class citizen. They are not. With the Igbo, the nation holds a lot of promises to the awe of the world. Thus, the irrationality of one or two irredentists among them cannot be used to mischaracterise an entire race. The Yoruba and the Hausa have those too.

This is why we have to rethink 2023 with respect to an Igbo presidency and the future of Nigeria. Fair is fair. They are not asking for power to be thrown at them, but pleading with the rest of the country to support their presidential dream the way they had supported others, including brokering the kind of negotiations that made Goodluck Jonathan come back in 2011 despite being from the minority.

The Igbo man is not lazy. He believes in hard work and is always eager to showcase his industrious nature. He is never afraid to tread, where someone else had failed but challenged to take his chances. He is adventurous and takes calculated risks. He is educated. He is tolerant, generous and compassionate.

He is first a Nigerian. No one, who does not believe in the Nigerian project would ever invest in the remotest parts of this country, despite the prevailing difficulties and not minding potential losses that stare them in the face and that’s the Igbo man. Cut him some slacks, please.

And, of course, the other thing that must be done in the journey to 2023, which would probably be one major thing that many might remember President Buhari for is the enactment of a new and workable electoral law, which would take into account, the defects of the current electoral process and encourage e-voting.

Just maybe, we might be seeing glimpses of the old beautiful Nigeria coming back. I support the Igbo dream so that Nigeria may live yet again.

Share this post
Related tags : Have the Igbo Ever Asked for Power A La Carte? by Olawale Olaleye