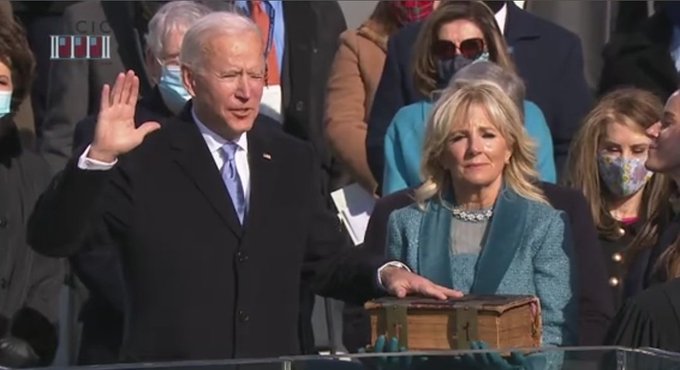 Thirty-four years after first seeking the job, Joseph R. Biden Jr has been sworn in as the 46th president of the United States at a moment of profound turmoil and loss for America.

Biden was sworn in on Wednesday by Chief Justice John Roberts on the Capitol’s West Front, with a vista of iconic national monuments stretching across the National Mall.

Outgoing US president, Donald Trump broke tradition and became the first outgoing president since 1869 to skip his successor’s inauguration ceremony. Instead, he flew to Mar-a-Lago resort in Florida. His number two, Mike Pence along with former presidents Barack Obama, George W Bush and Bill Clinton – and their wives were present at the ceremony.

Mr Trump however gave a parting message before boarding Air Force One, telling a small group of supporters and family members gathered on the tarmac of Joint Base Andrews in Maryland that “we will be back in some form”.

“I wish the new administration great luck and great success,” he added, before boarding the plane, which took off to the booming soundtrack of Frank Sinatra’s My Way.

Related tags : It's Official! Joe Biden Is Sworn in as 46th US President