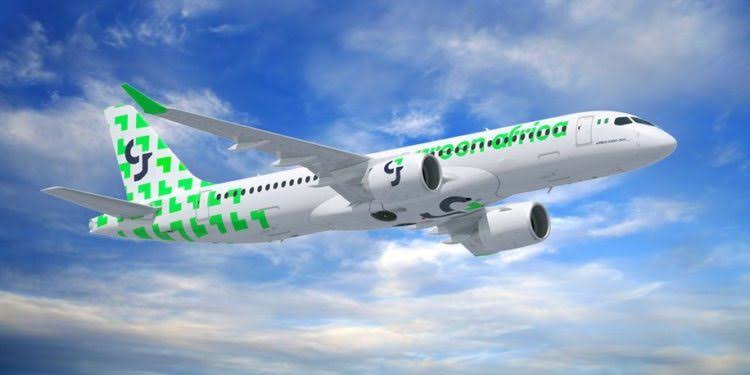 On Tuesday, the airline began sales of tickets for travellers to reserve a seat on its fleet.

The aviation company had earlier unveiled an initial route network on which to commence operations.

The network focuses on its Lagos base and comprises six domestic destinations, including Abuja, Port Harcourt, Akure, Ilorin, Enugu and Owerri.

The airline noted that operations will be scaled up as it receives more aircraft in the coming months and over the year.

Although ticket sales has begun, the airline will commence flight operation to various local destinations from June 24.

A review of the airline’s charges shows that flight fees for Lagos and Abuja and vice-versa for the year is between N16,500 and N23,000.

This is lower when compared to current prices charged by other airlines operating in the country.

Both aircraft which were received at Murtala Muhammed International Airport in Lagos have a capacity of 70 passengers in an all-economy, 2-2 layout.

Proudly wrapped with progressive green arrows, we present to you the first two Green Africa aircraft.
We look forward to welcoming you onboard our ATR 72-600s. #goGreen2021 pic.twitter.com/W6SI7pTGPe

Green Africa Airways said it aims to increase its fleet of ATR turboprops to 15 aircraft by the end of next year.

To celebrate its launch, the airline announced a 10 percent discount for travellers booking on its website.

The airline said its customers, described as “Flyers” can enjoy any of its three fare classes identified as gSaver, gClassic, and gFlex.