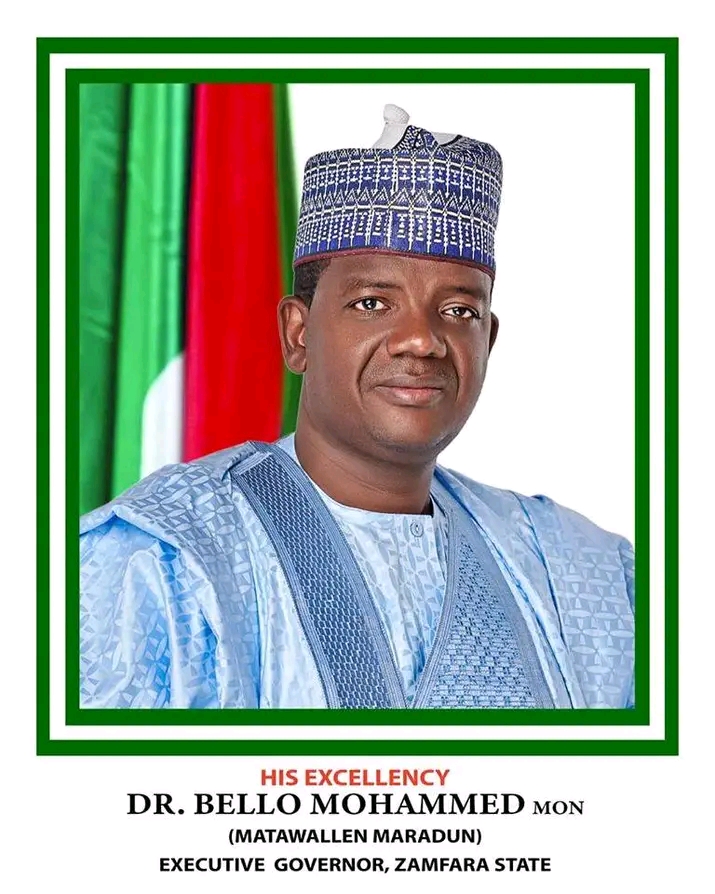 There was apparent sigh of relief within the rank of the ruling All Progressives Congress (APC) following the decision of the former governor Abdulaziz Yari to embrace peace and work for the party’s success in 2023.

Pictures of Governor Bello Mohammed Matawalle and former governor Yari both in smiles and shaking hands at the party national headquarters in Abuja, which went viral on social media were balms that soothed a lot of hearts across the state and beyond.

Before the national headquarters incident, pictures of the two leaders also in smiles appeared a night earlier with the national chairman of the party, Abdullahi Adamu sandwiched between them.

At the national headquarters event, an accord was signed and understanding reached, signalling a new phase and order in the state chapter of the party that the good time has returned.

To the Zamfarains who have beared the broth of the lingering crisis that had dodged the party and the state, the last week event was a happy ending to horror and tragic movies that have rolled on for many years.

To Governor Matawalle, it is a long tortuous journey in the reconciliation effort he has been working tirelessly to bring about and the party’s unity he desperately sought and midwived over the years.

Despite efforts by the anti-peace elements within and outside the party to frustrate the efforts, Matawalle had soilder on undaunted, believing rightly, that there will always be light at the end of the tunnel.

The last week’s incident is therefore a culmination and testimony to the resolve and commitment of a leader who will walk through a razing inferno or on thorns in order to bring succour to his people and peace to his domain.

And the Yari catch is a significant achievement in the ongoing efforts to bring feuding members together for many reasons. The former governor is a political colossus in his own right and a founding members of the APC, who command a lot of influence and boasts of army of loyalists as well as followers across the state.

Matawalle has never once doubted Yari’s political standing in the state and has continued to accord him respect despite the misunderstanding that existed between them.

In the face of the raging discontents over who control the party’s structure in the state following Matawalle’s defection to APC, the two leaders had ensured that the mutual respect between them remained intact.

They never disparage one another nor do anything that will undermine the long standing relationship they both cultivated over the years.

The former governor, to his credit, has continued to accord the much needed repsect to the party national leadership and has never one day pubilicly attack them verbally as some stakeholders were noted for.

That’s possibly why it was easier to woo the former governor over and is the reasons why Yari was able to hold his head high and exchanged pleasantries with party leaders across the negotiation table at the national headquarters last week.

Another reason why Yari’s decision is also significant is that it is coming at a critical period when the opposition PDP was hoping and salivating that it is net has caught a big fish which will swell its fortune ahead of 2023. The party in the state through its chairman, Col. Bala Mande (retired) had announced on April 17 that the former governor along with Senator Kabiru Garba Marafa have “dumped” APC for it.

Col. Bala Mande said they had sat down and finalised the issue of the defection of Yari and Marafa and they had reached an agreement to work for the development of the Party.

“We have all agreed to work for the development of the party and the PDP in the state has welcome them to its fold. We will ensure justice and fairness to all members even after we have won elections in 2023.”
“The date for their grand reception to our party will be announced later but we are going to implement all the agreements reached during the stakeholders meeting,” Mande was quoted to have said.

But as it turned out, Mande’s aspiration and that of his party, is but a pipedream, a hallucination which the former Milan would have woken up the next day to dread and agonise over. And in the coming days, the impact of his missteps in attempting to harvest where he and his party did not sow, will be more felt when the reconciliation efforts by Matawalle and other stakeholders begins to cause implosion in the opposition party.

It was wishful thinking for the PDP to attempt to woo Yari and Marafa to it’s platform. It may be rejoicing that Marafa was absent when the deal with Yari was stuck but the Senator was abreast of the development and in tune with the reality that PDP can never be a viable alternative platform to APC.

In an interview he granted to journalists shortly after the Abuja meeting, Marafa did acknowledged that he was aware of the development and holy committed to the peace efforts. What more assurances do the opposition party requires when the fact of the matter came from the horses mouth.

On the whole, the recent event showed that the APC is on course to sustaining its hold on the state’s politics in 2023 through a reawakening that the party’s conflict resolution mechanism is working and can be deployed appropriate to achieving set goals. It has been duly applied in Gombe, Lagos even as the party is currently working its magic in Kano, Kwara, Osun, Ondo and other states where discontents existed.

For the Zamfara peace efforts, the national chairman, Abdullahi Admau and the party’s National Working Committee (NWC) members deserved commendation for their leadership role in bringing feuding members to the roundtable.

Also, Governor Matawalle also deserved a pat on the back for showing that internal crisis is resolvable if leaders jettisoned personal consideration for collective party interest. As a unifier who believed in peaceful coexistence, his decision to run an all-inclusive government ought be emoluated by others.

As things stand today, all those who served as civilian governors from Sen. Ahmad Sani Yarima to Alhaji Mamuda Aliyu Shinkafi to Alhaji Abdulaziz Yari Abubakar and now Bello Mohammed Matawalle are together with all former deputy governors, Alhaji Muntari Anka and Mallam Ibrahim Wakkala.

Also, stakeholders like Yari equally needed to be eulogise for towing the path of honour and showing courage by embracing peace efforts aimed at uniting the party and directing it on the path of development and growth. Zamfara APC is on the match towards 2023.