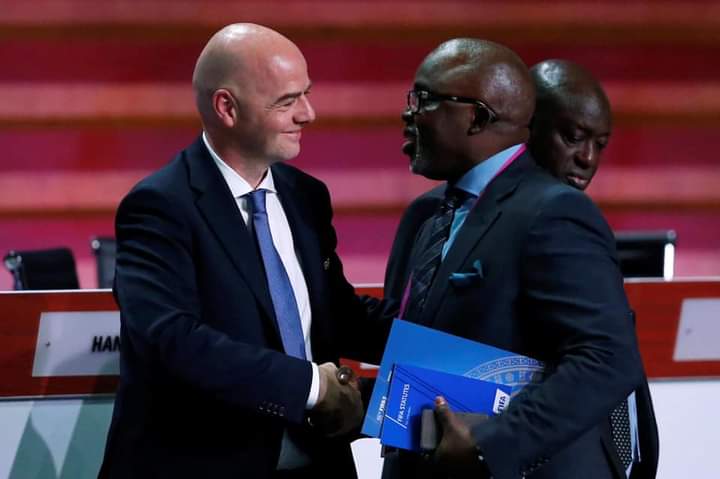 The Nigerian football administrator is among the six African leaders that will represent the continent on the Fifa Executive Council.
The President of the Nigerian Football Federation Amaju Pinnick has been elected into the Fifa Council after a landslide victory. 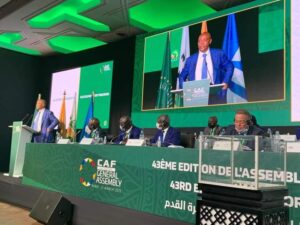 Prior to his success at the polls, Pinnick’s ambition was backed by the Federal Government of Nigeria in a statement signed by the Permanent Secretary in the Federal Ministry of Youth and Sports, Nebolisa Anako.

“On behalf of the President of the Federal Republic of Nigeria, Muhammadu Buhari GCFR, and all Nigerians, we hereby pledge our unflinching support to Mr Pinnick because his victory would be our collective victory,” a part of the statement read.

“[Sports Minister] Mr Dare believes Amaju can use his position and connections in Caf and Fifa to help promote and develop Nigeria and African football in all ramifications.

“Let us be resolute and firm in our support…This is no time to stand on the fence, but to be partakers in the scheme of things.”

The 50-year-old was re-elected as the NFF boss in 2018 and he is currently serving his second term after his first triumph in 2014.

Pinnick previously served as Caf vice-president in Ahmad Ahmad’s administration between September 2018 and July 2019, before he was removed and succeeded by Constant Omari.

In addition to his role as a member of Caf Executive Committee, the Delta-born administrator is also a member of the Organising Committee for Fifa competitions.

Pinnick started his football administration sojourn as the chairman of the Delta State Sports Commission in 2010 before his appointment as chairman of Delta State Football Association a year later.