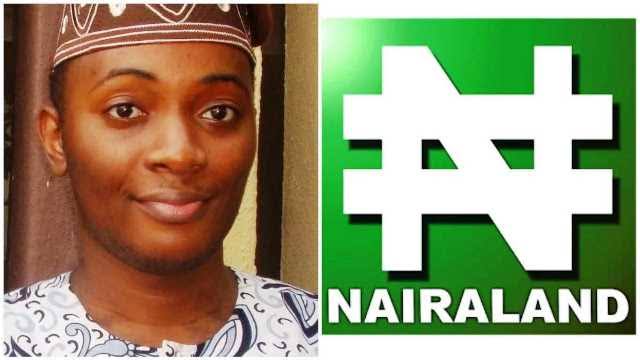 Nairaland founder Seun Osewa has been smacked by a Northerner for posting a provocative comment on Twitter.
Applesbite reports that Seun Osewa said the Igbos and descendants of Kaduna Nzeugo needs to apologize for killing Tafawa Balewa and Ahmadu Bello .

He wrote : “The descendants of Nzeogwu & his
murderous friends, & other
well-meaning Igbos, should apologize
to the north for the murder of Tafawa
Balewa & Ahmadu Bello. “

Nami: Road Infrastructure Tax Credit Scheme, One of the Greatest Innovations of FG

Ismaila Yusuf responded to the tweet . He berated him for using Biafra war that happened 50 years ago to create division between Igbos and Hausas but that Arewa people will not forget the OPC massacre of Northerners in Lagos just 10 years ago.

“Shame! Every election you people bring
up this nonsense. Nzeogwu is dead

Aguiyi Ironsi is dead. Gowon is too old to

be concerned with this nonsense, but

will always bring it up to divide people

during elections. Arewa is not angry with

the lebo people. The civil war

happened over 50 years ago.

What we arewa are more bothered

about is the fact that as recently

as 10 years ago, Asiwaju Bola

Seun go & tell your criminal godfather that arewa will NEVER vote for him. His

crimes against Northern Muslims in

out against him, he dealt with him the

Your godfather is a murderous

drug addict that will never achieve

his ambition till he d!les! Walahi

with every bone inside me I will

spend my last penny to make sure

of that.” Ismaila Yusuf wrote .