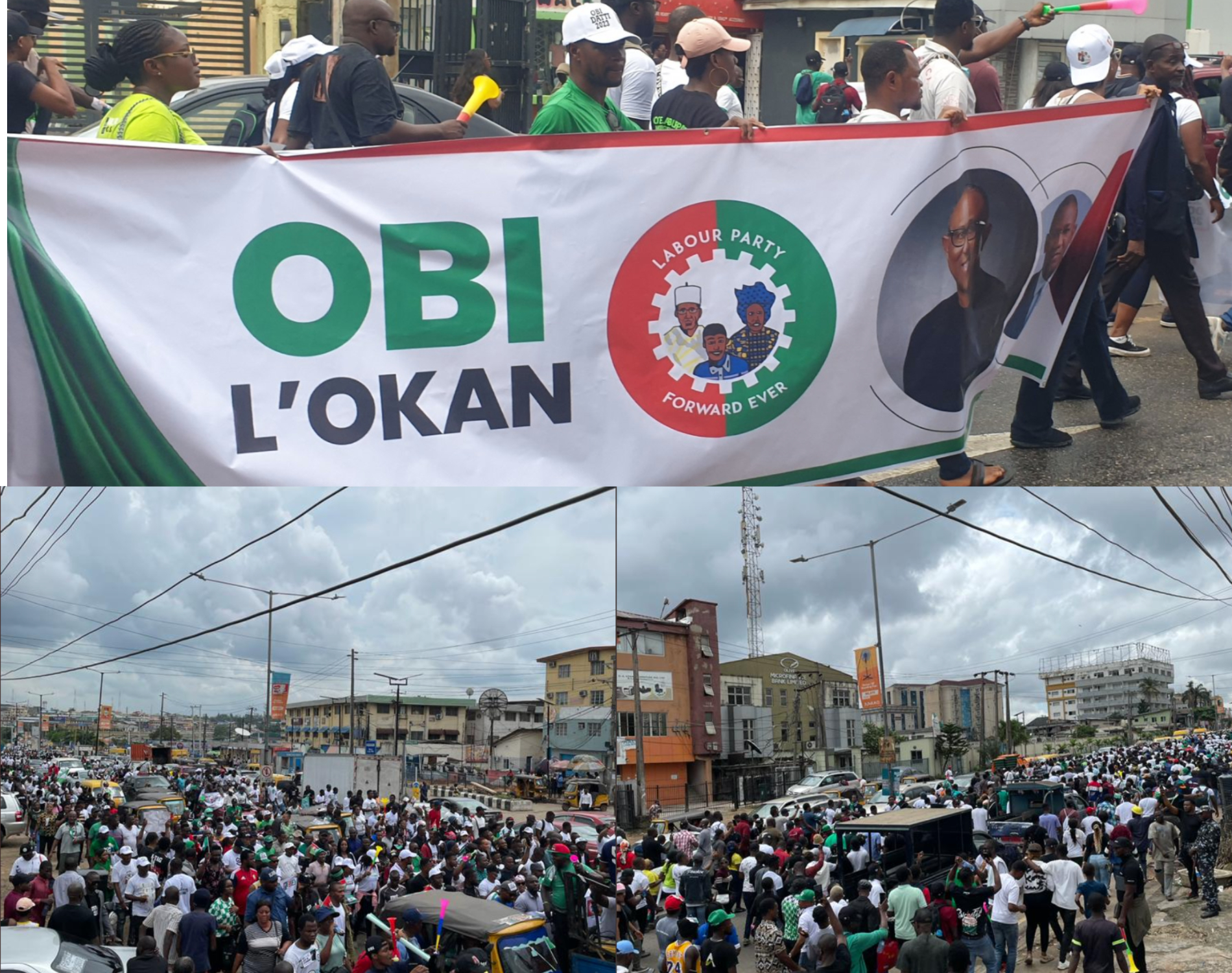 Supporters of the presidential candidate of the Labour Party (LP), Peter Obi, have taken the bold step to stage their planned ‘1-million man’ march in Lagos.
Applesbite the supporters, mostly youths, defied the rain and marched in their numbers in different parts of the city, which includes, Lekki, Ikeja, Festac and Surulere.

The march, which is currently being held on the 62nd independence anniversary is part of the support for the Obi/Datti 2023 presidential ticket.

A similar march is understood to be going on in Edo State and had previously held in States like Abuja (FCT), Makurdi (Benue State) Afikpo (Ebonyi State), Onitsha (Anambra State) and Port Harcourt (Rivers).