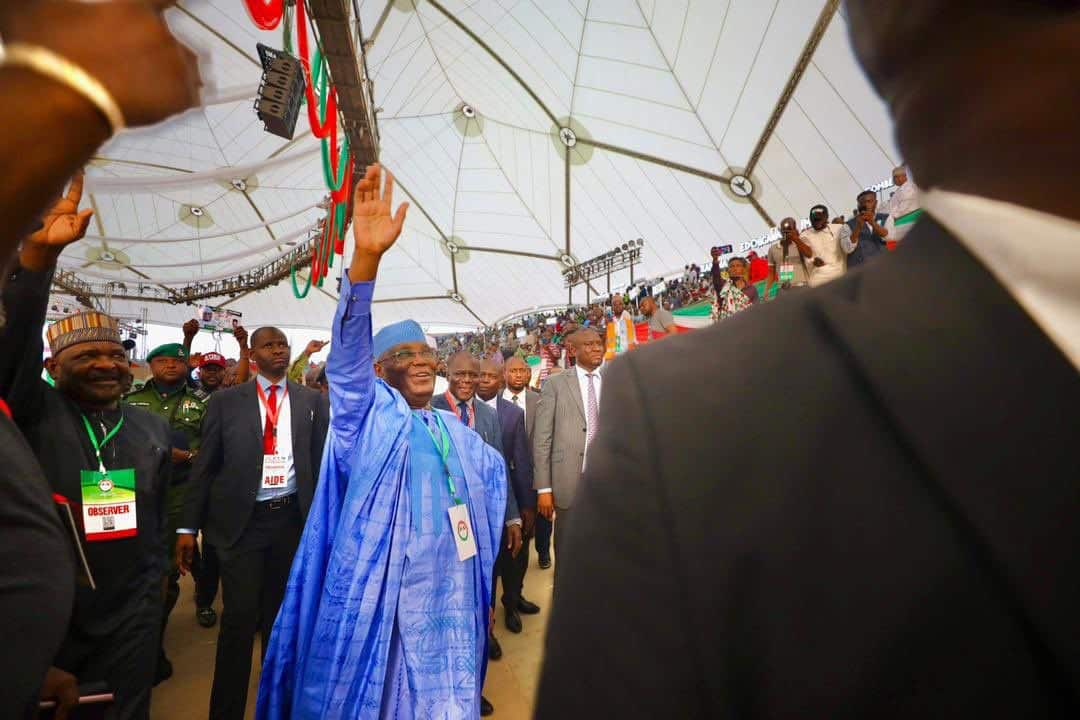 The presidential candidate of the Peoples Democratic Party (PDP), Atiku Abubakar is expected to join other party stakeholders in Osun State today ahead of Saturday’s governorship election in the state.
Other party chieftains expected to arrive in the state for the party’s mega rally today includes PDP national chairman, Dr Iyorchia Ayu, and governors elected on the party’s platform.

Meanwhile, the likes of Governor Ifeanyi Okowa of Delta State, Edo State Governor Godwin Obaseki, Sokoto State Governor Aminu Tambuwal and Bayelsa State Governor Duoye Diri were said to have arrived in the state earlier for the rally which will be held at the Osogbo Township Stadium.

Muslim-Muslim Ticket: Why Tinubu Will Not Drop Shettima – Adeyeye

Applesbite understands that the PDP mega rally is scheduled to begin at 11:00 am today baring last-minute changes.

It is unclear yet if the party has been granted permission to use the proposed venue as of the time of filing this report.

According to Leadership, the commissioner of information and strategy, Mrs Funke Egbemode said earlier that the venue had been allocated before the leadership of PDP approached the government for the use of the venue.

Applesbite reports that the guber candidates all participated in a governorship debate on Channels TV last Sunday where they laid out their plans for the electorate if voted into office.

Be re-informed that the Osun governorship election holds on July 16.