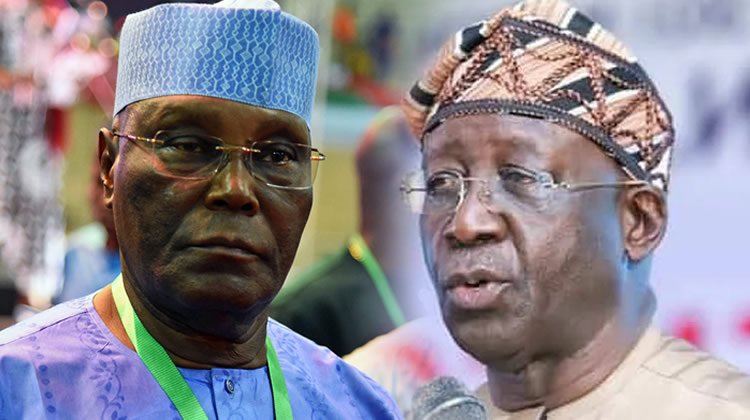 The Peoples Democratic Party (PDP) Presidential candidate, Atiku Abubakar has opened up on when the National Chairman of the party, Dr Iyorchia Ayu, will be stepping down.
Recall that due to the selection of Delta state governor, Ifeanyi Okowa, as the vice presidential candidate of the party, loyalists of Rivers state governor, Nyesom Wike had called for the resignation of Ayu.

It was alleged that the national chairman was using his position to undermine the likes of Fayose, Ortom and others who earlier recommended Wike as the party’s vice presidential candidate.

Sharing his thoughts on the issue during an interview on Arise TV, Atiku said that Ayu will give up his position as the party chairman when he emerges as the next president.

He said, “Immediately I win this election, Senator Ayu will automatically step down. We have had issues like this before. It is not the first time PDP is having such crisis”.

Atiku insisted that Ayu will remain in power until he wins the election, stressing that there has always been balancing of positions in the party.

He explained that when the president emerges from the North the position of the chairman will automatically be zoned to the south.