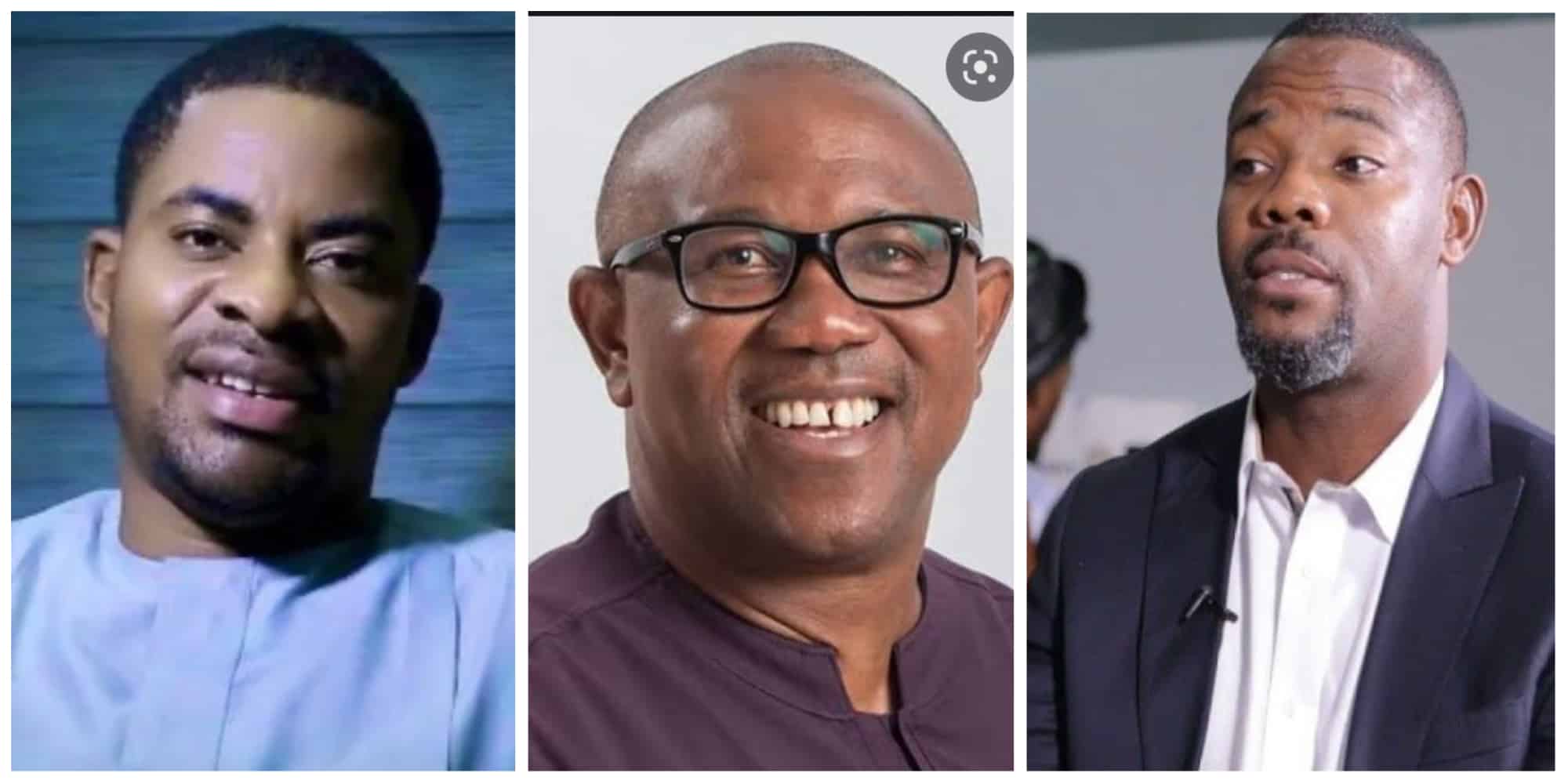 Nigerian political activist, Deji Adeyanju has criticized Nollywood actor and comedian, Okey Bakassi over the choice of his presidential candidate ahead of the 2023 election.
Applesbite reports that the comedian took to his Twitter page to give reasons for endorsing the Labor Party (LP) presidential flagbearer, Peter Obi.

I Don’t Want Tinubu, Atiku To Fail – Okey Bakassi
The comedian, in the social media post, had said he wants the country to succeed and will support the former Governor of Anambra State to fix it.

Giving reasons for not supporting the All Progressives Congress (APC) presidential candidate, Bola Tinubu, and Peoples Democratic Party (PDP) presidential flagbearer, Atiku Abubakar, the comedian said he does not want them to fail.

The actor added that he is also supporting Obi to avoid Tinubu going to London for medical treatment and Atiku living in Dubai.

According to the political activist, Obi’s children were schooled abroad and he never for one day used the only hospital he built in Anambra State.

He wrote: “But Peter Obi himself doesn’t use Nigerian Hospitals. His Children schooled Abroad. He didn’t go to the only hospital he build in Anambra for one day.”