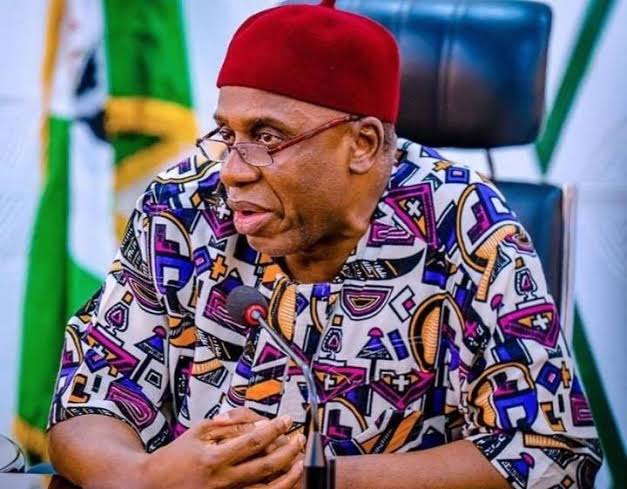 Rotimi Amaechi, His Antecedents and Tumultuous Road to Becoming Nigeria’s Next President

Political gladiators have begun to form alliances in their quest to position themselves for the plum job of becoming Nigeria’s President.

Among the deluge of aspirants, especially from the ruling party, APC, with no significant antecedents to nation building, Rotimi Amaechi, is perceived as a stand out candidate from the lot.

Rotimi Amaechi, the now past minister of transportation understans the assignment he was getting on when he said, “We are facing some very serious challenges as a country. These are problems of insecurity, challenges of greater accountability in governance, youth unemployment and the scourge of spiraling poverty.”

These, he believes are Nigeria’s fundamental challenge, and must be immediately addressed for a greater Nigeria.

If he gets the thumbs up of electorates and emerge Nigeria’s next president, he will pledge

(his) “heart, mind and soul to the task of building a Nigeria in which every child can go to school, every young person can find work or support to start a business, every citizen can travel safely around the country and sleep at night knowing that law and order prevails and every Nigerian feels included, heard, and respected.”

As a governor of River State, Amaechi administration invested in infrastructure development, construction of roads and bridges, sticking to the vision of connecting all parts of the state by road.

The governor was also committed to urban renewal and modernization of transportation services. His administration began building a monorail to provide mass transportation within the city of Port Harcourt.

After his re-election in August 2013, Amaechi was amongst seven serving governors who formed the G-7 faction within the PDP. In November 2013, Amaechi alongside five members of the G-7 defected to the new opposition party the All Progressives Congress (APC) and became Director General of Muhammadu Buhari’s Presidential Campaign.

The former minister’s ability to carry out supervisory functions on the agency was called into question during Hadiza Bala Usman’s reign as DG of Nigeria Ports Authority but President Muhammadu Buhari did not lose his faith in Amaechi.

For full effect, recall that Rotimi Amaechi earned the hatred of his kinsmen when in 2014 he was appointed Director General of Buhari’s campaign council. He abandoned his people and staked his life to ensure that Buhari was elected and repeated the feat with Mr President’s re-election in 2019, thus establishing his indispensability to the Buhari administration.

Amaechi was in fact and purpose, Buhari’s man Friday, a role that could only be entrusted to a loyal and disciplined disciple.

Save for his political experience and sagacity, Rotimi Amaechi was on the cusp of spiraling into depression as evinced in the melancholy-laced statements about disloyalty and betrayal which dominated his WhatsApp status, thereby revealing his predicament with Hadiza.

He had been hurt badly, but Amaechi had been here before and was willing to wait patiently as the tiger likes to wait for its prey to come within striking distance.

However, the recent developments within the APC vis-a-vis the revised amendment on the Electoral Act, among other political moves, suggest that Buhari holds the yam and the knife on matters relating to the party’s presidential candidate for 2023.

His choice is likely to weigh heavily on the side of trust.

In February 2022, Amaechi was turbaned as the Dan Amanar Daura by Alhaji Faruk Umar Faruk, the 60th Emir of Daura, the event was significant many aspects.

First, it is in recognition of the contributions of Amaechi to the socioeconomic development of Nigeria and, in particular, the emirate of Daura in his capacity as Minister of Transport.

The establishment of the University of Transport in the ancient city by Amaechi was a strategic step in itself.

Daura has not got its fair share of federal presence when compared to similar cities in the North until the emergence of Amaechi as a Transport Minister under President Muhammadu Buhari’s administration.

Turbaning of Amaechi as Dan Amanar Daura has raised a critical issue of trust in leadership. For some watchers of political events, it is an audacious statement on where the sons and daughters of Daura, including President Muhammadu Buhari stand on the 2023 presidential election. The turbaning is an endorsement – a loud and eloquent statement on where the current ruling northern establishment stands as far as the 2023 presidential election is concerned.

Without doubt, Katsina and indeed the North-West, is reckoned as a catchment area in such venture. The conferment of the title on the Minister could therefore be seen as a gesture of appreciation.

But then, observers may argue, and rightly so, that the conferment of the ‘Dan Amanar of Daura’ title on Amaechi, a Nigerian of South-South origin at a time like this goes beyond a mere gesture of a returned gratitude. It borders on the knotty issue of Buhari successor in 2023.

The revolution in rail infrastructure across the country is indeed intimidating. The transformation on our waterways is another laudable leadership stride of Rotimi Amaechi, and many more too numerous to mention.
Suggested Read: Hoodlums Attack Portable, Destroys His Multi Million Naira Car

In my opinion, Rotimi Amaechi should not be one of those that should be maligned and blackmailed politically because of how he has displayed great character and strength in service to the country. I dare say he is one of those who are not afraid to speak truth to the power. He is also one of those that have strived to be as committed as possible to the cause of national interest.
You might not like his methodology, but you can’t question his competence and sincerity of purpose. You can’t also fault the policies introduced and implemented in the transport ministry since he assumed leadership. You can’t also discredit the fact that the transportation sector of the economy has been sanitized with leakages blocked and huge revenue accrued to the government over the years.
On security of life’s and properties, Amaechi’s past experience will help tackle the nation’s security challenges as he would bring his wealth of experience to bear in securing the country and advancing the economy.

He proved this to the world that combating a security menace is not a rocket science.
Recalled, that capital city, Port Harcourt and adjourning local government areas like Obio-Akpor, Eleme, Okrika, Ikwerre and even some areas in Ogoni had security challenges. Blood was literally flowing on the streets of these Rivers communities and anarchy loomed, no thanks to the cultists.

Before the 2003 general elections, the state was flooded massively with various cult groups. Name them, Dey Bam, Dey Well, Black Beret, Iceland and so on.

After the declaration of Amaechi has the Governor of the State by the Supreme Court, he swung into action and the JTF was effectively mobilized by the Amaechi’s government to secure the state. At the time rumour filtered into town that Israeli security mercenaries were behind the success recorded on the security front in the state.

According to the rumour mill, the governor recruited special Israeli security men to secure the state. Most journalists could not confirm this. Because what we saw were Nigerian soldiers doing the job. Soldiers took the war against cultism to the doorstep of a warlord in his Okrika home town, dislodging his grip on the town.

The army, JTF and other security bodies in the state continued to enjoy good support from the administration of Governor Amaechi and this helped them to sustain the peace in the state.
The summary of the story is that effective funding of the military, Police, the Department of State Security, and DSS brought life to the state as peace returned. Residents could sleep with their two eyes closed, enjoying their dreams.

There are also rumours that Amaechi used intelligence supplied by Israelites. Nobody could confirm this till he left office, But what happened in Rivers was dramatic. The criminals were chased out of town.

Maybe proper funding of the military, Police and other security bodies by state governments with the worrisome security situation in Kaduna and other states in the northeast, the way Rivers government did under Sir Celestine Omehia and Rt Hon Chibuike Rotimi Amaechi could just be the solution. But the criminals in Rivers were attacked and chased out.

The military is not attacking the bandits and terrorists but always reacting to their insurgencies.

He remains the most experienced among the presidential aspirants in the party as he will employ the same tactics used in ending kidnapping and militancy in Rivers state to end the nation’s insecurity.

Rotimi Amaechi’s profile is quite intimidating. He has proven to be a sound administrator, a versatile leader, a good strategist and a politician per excellence, who has shown good qualities in all areas he had worked.

As Speaker, as Governor, as Minister and also first among equals during his tenure as Chairman of Nigeria Governors’ Forum, as well as the dexterity and the quality of the campaign (for President Buhari) that he led in 2015 and 2019, Amaechi has shown that he transcends all political barriers and limitations that could hinder his aspiration as the President of this nation.