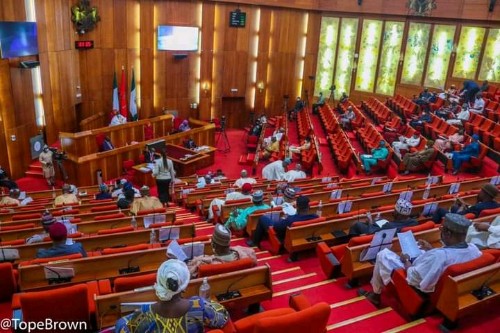 Senate President Ahmad Lawan says the upper legislative chamber will slash the 2023 budgets of some ministries, departments and agencies (MDAs) for failing to honour summons.

The senate president said this on Wednesday after Matthew Urhoghide, chairman of the public accounts committee, sponsored a motion to the effect.

Lawan said the senate would take the measure if the MDAs do not have any cogent reason for failing to appear before the relevant committees.

“If any of them fail to do so, with no communication or verifiable reason, we will slash their 2023 budget,” he said.

While moving his motion, Urhoghide lamented that MDAs have repeatedly failed to appear before his committee to answer queries by the office of the auditor-general of the federation (AGF).

Frivolous spendings, misappropriation of funds and payment of salaries to dead or retired staff are some of the alleged infractions committed by the MDAs.

While reminding his colleagues that the national assembly has the powers to issue a warrant of arrest, he said it is high time they invoked relevant sections of the constitution to compel the appearance of the MDAs.

The ministries of health, finance, information and culture, special duties, the Independent National Electoral Commission (INEC), Debt Management Office (DMO) are among the MDAs who are said to have failed to honour the invitation of the public accounts committee.