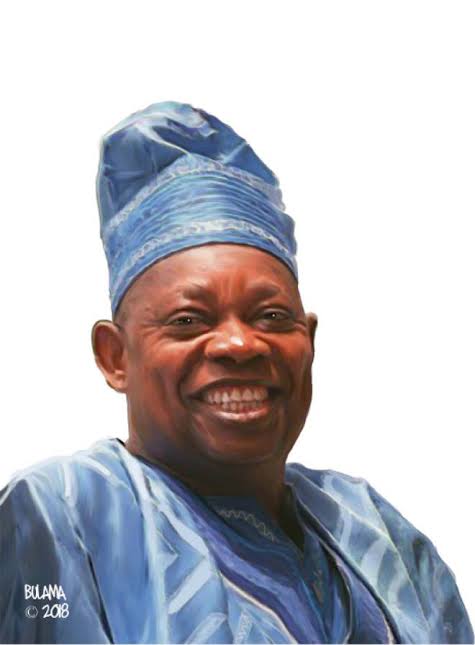 On June 12, 1993, Nigerians went to the polls to elect a President for the Third Republic. It was the first election held after the military coup that toppled the civilian government of President Shehu Shagari in 1983.

The two major political parties at the time, the Social Democratic Party (SDP) and the National Republican Convention (NRC) contested the polls. The candidates were African business mogul, Chief Moshood Kashimawo Olawale Abiola, also known as MKO Abiola, who was the SDP flag-bearer and Alhaji Bashir Othman Tofa, flag-bearer of the NRC.

Local and foreign observers were unanimous in their submissions that unlike previous elections that were marred by massive fraud, intimidation and killings, the June 12, 1993 presidential election was generally free, fair, peaceful, credible, transparent and unique, as it was the first time the Option A4 voting pattern was deployed. It was also regarded as the first election in Nigeria that was devoid of religious and tribal sentiments.

Consequently, the annulment of the election by the military government of General Ibrahim Badamasi Babangida, was perceived by most Nigerians as a rude shock, leaving pro-democracy activists and supporters reeling in chagrin and dismay.

According to the military government, the annulment was to stave-off credible security reports of a threat to the enthronement of a democratic government at the time and to avoid a likely military coup d’état.

Nigerians were not convinced by the explanations as nationwide protests followed news of the annulment. Days later, General Babangida was forced to step aside as Head of State after naming Chief Ernest Shonekan, a lawyer and industrialist from Abiola’s Ogun state in the South-west of Nigeria, as President of the Interim National Government.

Chief Shonekan’s three-month administration was toppled in a palace coup d’état on November 17, 1993, by General Sani Abacha, the then Chief of Defence Staff, who became the 10th Head of State of Nigeria. In spite of the military coup, Chief Abiola and his supporters, continued the struggle to reclaim his mandate.

Abiola was arrested and imprisoned for declaring himself President. In a fateful twist of events, General Abacha died on June 8, 1998 and was replaced by General Abdulsalami Abubakar. On July 7, 1998, Chief Abiola also died as he was about to be released from incarceration. The chain events that followed marked a turning point in Nigeria’s political history.

Significantly, President Muhammadu Buhari’s recognition of June 12 as the nation’s Democracy Day, undoubtedly stands out as a bold, just, historic, instructive, symbolic and resonating move to right the wrongs of the past and deepen the country’s democracy.

The passage of the Public Holiday Amendment Bill by the Senate, affirming June 12 as the new Democracy Day and the assent of President Buhari to the Amended Act, are testaments to this.

In point of fact, Democracy Day in Nigeria is not just another public holiday. It is a call on every Nigerian to remain vigilant and guard jealously, the new era of democracy instituted since 1999, by eschewing divisive politics of ethnicity, religion, violence, rigging and other electoral impunity and malpractices and upholding the tenets of civil liberties, media freedom and an end to arbitrary arrests and torture.

That is the challenge that must be overcome if Nigeria is to strengthen the ideals of sustainable democracy in honour and memory of the country’s past heroes.