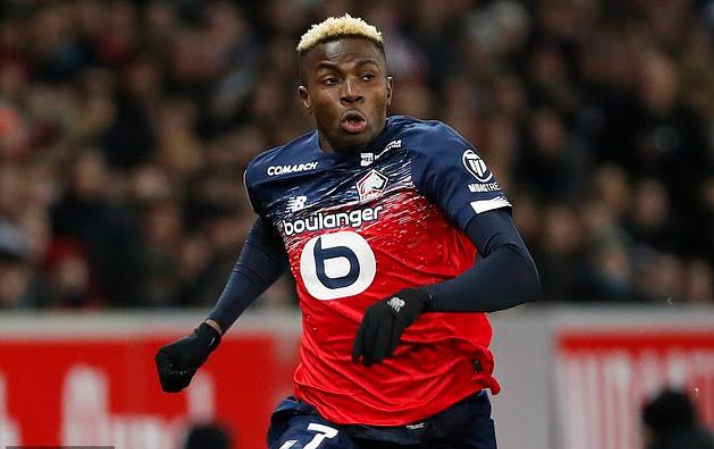 Lille of France and Super Eagles striker Victor Osihmen has given an insight into his road to success.

The 20 year old striker who has now become the most sought-after Nigerian player in Europe narrated his ordeal whilst growing up.

Osihmen disclosed that his family numbering 9 lived in one single room in Lagos.

According to him, life was pretty difficult as they could hardly feed twice a day. He said at age 6,his mother died and his dad had to cater for the family and it wasn’t easy at all for him.

He added that few years after his dad also lost his job and life became practically difficult for them.

Osihmen at some point had to hawk pure water to augment the family’s income.

He said that, it was really difficult to believe in the future in their family lineage, as the present situation is usually accesed to gauge the future, for them the future looked very bleak based on what they experienced as at then.

However, years after, football has changed his story for good as life has now taken a new turn.

He said that, since he became professional footballer money is no longer a problem, he can now afford to give his family the life they cherish and desire.