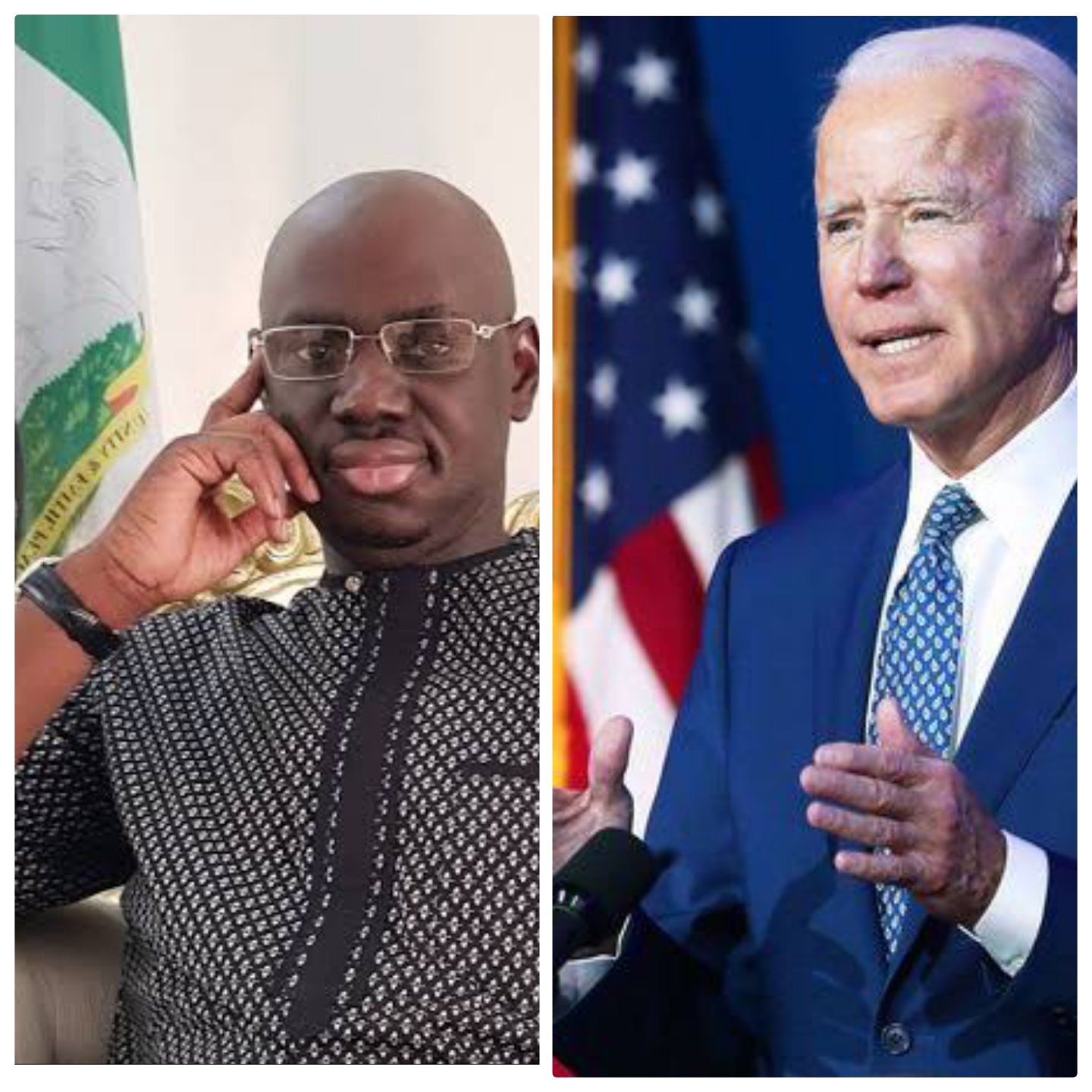 Timi Frank, former deputy national publicity secretary of the All Progressives Congress APC, has called on the President of the United States of America, Joe Biden, to support Nigeria to conduct free, fair and credible elections in 2023.

Speaking further, he also extends his goodwill and congratulatory message to Biden and his Vice President, Kamala Harris, for their electoral victory, validated by Americans through the nation’s ever vibrant and resilient democratic institutions.

Frank also commended Biden for his phone call to a Nigerian family, this according to the former is an indication that Biden appreciated the role played by Nigerians in his poll victory and his eventual inauguration as President.

To the Bayelsa State born political activist, “…the call shows that Biden has the interest of Nigerians at heart, and by extension Africans.”

He therefore called on him to take a stronger interest in Nigeria by helping her to build stronger and better democratic institutions capable of checkmating insecurity, tyranny, oppression, intimidation, rigging, electoral fraud and violence in Nigeria come 2023, just like American institutions have done to uphold his victory.

He urged Nigerian security agencies, Independent National Electoral Commission and the Judiciary to learn from their U.S. counterparts who despite the circumstances that surrounded the American elections, rather pledged their loyalty to the constitution and remained neutral.

He said that their action is very much unlike Nigeria where these organs of state easily lend themselves to manipulations to uphold, support and validate fraudulent electoral outcomes in favour of the incumbent.

He said that the refusal of the electoral stakeholders in American to be hound-winked by the immediate past American President, Donald Trump, has further strengthened the position of America as the defender of democracy and freedoms around the world.

He said that he is confident that Biden and Harris would further strengthen American democracy and lead the country to combat official lawlessness and ensure freedom of speech in Nigeria and the rest of Africa.

He lauded Biden for speaking out for Nigerian youth following violent crackdown against them by security forces during the #EndSARS protests and his call during the period on the United States to stand with Nigerians who were peacefully demonstrating for police reforms and seeking an end to corruption in the country.

He called on the American President to take a stronger position against looters and those out to truncate democracy in Nigeria as well as help fight the ravaging security challenges in Nigeria and government’s intolerance and criminalization of free speech.

He further called on him to take more than a passing interest in Nigeria by ensuring that those responsible for #LekkiMassacre and every form of police brutality are brought to justice.

Frank said: “We urge the American Government, under Biden, to help bring to justice security operatives responsible for the #LekkiMassacre during the #EndSARS protests as well as help to stop the continuous harassment of those who partook in the peaceful demonstrations by agents of the Buhari regime.

“America must also help Nigeria to apprehend, prosecute, jail and ban looters in the Buhari administration who are now searching for safe haven to hide their ill-gotten wealth.”