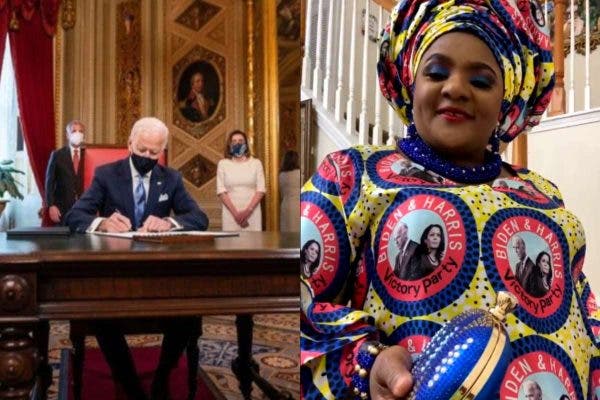 Earlier this week, some Nigerians in the United States picked aso ebi (celebration attire) for President Joe Biden’s inauguration, which took place on Wednesday, January 20, 2021. In this chat with punch, they reveal why and what they will do with it afterwards.

One of them Ope Oloyede says “I am from Abeokuta, Ogun State. I came to the US on December 15, 1998. I have been here for about 23 years now. Yes, I was one of the lucky recipients of visa lottery back then; so, I came with my family. I live in Houston, Texas.

It is so exciting. It is like the Independence Day in America. It’s like a day of freedom; a day that has been portrayed as one when people were let out of their hiding places. It is like people were feeling caged before, but now, it’s like they just grew new wings and they can now fly. That is the kind of excitement that people are feeling right now. It’s so wonderful. 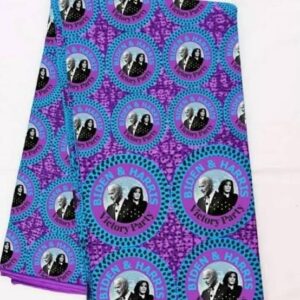 It’s not just Nigerians, it is a general feeling. For the past four years, we’ve been in an atmosphere whereby people were living in fear. For example, my immediate younger brother lives in Dallas and he was telling me that in his area if you moved around and you saw a house with images of Trump and his deputy, Mike Pence, then know that you must be careful with whoever lived in that house. It was that serious. And you can see what happened two weeks ago, how his (Trump’s) supporters demonstrated at the Capitol. Even last summer, during the Black Lives Matter protest, there was violence but demostrators did not destroy a monument like the Capitol.

I bought for my family and I know a lot of people that have also got theirs. There is going to be a party later today (Wednesday) in Houston and by His grace, I should be there too, because, like I said, it is like a public holiday. 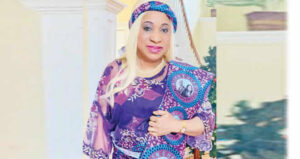 Also, Martha Ore, the lady who sold the Asoebi had this to say:

“I live in Atlanta, Georgia. I was the one who placed an order for the material from China. I deal in African fabrics and also jewellery. The name of my company is Drem Fabrics and Accessories. I ordered the silk wax print through my company. I was so excited about the Biden/Harris victory. When they won the election, at first, I thought we should throw a party but then I thought about aso ebi. So, I told my graphic designer to design the material. When my graphic designer finished, I took the design to China and asked them to manufacture silk wax print for me. I placed the order two weeks after Joe Biden won the election. 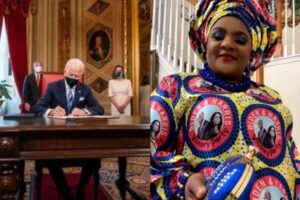 I chose purple because it is the colour of royalty. When my designer came up with a couple of designs, I loved this most, so I chose it. It makes it the more beautiful and interesting that Kamala chose to wear purple on the inauguration day. The fabric is so pleasing to the eye.

Another interviewee Mrs Oluremi Johnson, aka Mama Anu had this to say:

I am from Ikorodu in Lagos. I live in Atlanta, Georgia. Actually, I saw the aso ebi online and at first I thought it was fake. But I later found a Nigerian lady who ordered the aso ebi and a lot of people bought it, but many people cannot wear it because of fear of being attacked. Even me, I am wearing my own (aso ebi) at home, because I work from home; I work virtually, so, I wear my own at home.

The one I bought is silk wax print; the quality is higher than the normal ankara. I bought five yards for $50. But I am still going to buy the ankara and keep it; I will keep it and show my children and grandchildren. In fact, I am going to frame it in a glass like a portrait and hang it at home, so that I will be seeing it all the time; my children will see it and their own children too will see it.

Yes, the asoebi is very important. Life was difficult under Trump. I will keep the aso ebi, so that I can be looking at it all the time. Looking at it alone makes me so happy.