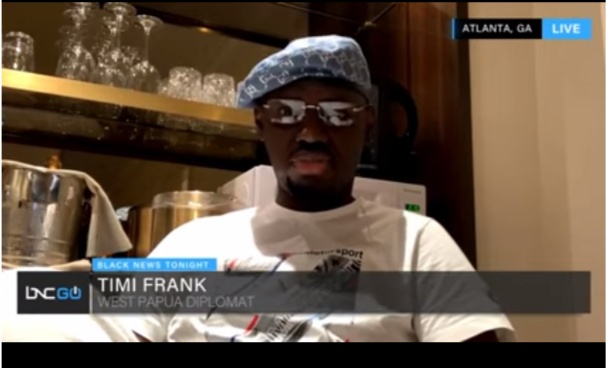 Former Deputy National Publicity Secretary of the All Progressives Congress (APC), Comrade Timi Frank, on Thursday, warned Adhoc delegates billed to elect a Presidential Candidate for the Peoples Democratic Party (PDP) at its special national convention on Saturday not to sell their votes to the highest bidder.

Frank in a statement in Abuja, urged the Adhoc delegates to put the progress and development of Nigeria above all parochial, selfish and mundane interests by voting for a candidate with track record of performance and providing solutions, good governance, experience, competence, impeccable character and a strong political will to deliver.

According to him, the clarion call has become necessary to make for the process of national rebirth and development beginning from 2023.

The ULMWP Ambassador to East Africa and Middle East insisted that the PDP Adhoc delegates now have the sacred duty to reverse the dwindling fortunes of the country caused by a directionless All Progressives Congress (APC) where confusion, lack of internal democracy and imposition of candidates has become the principles and directive policies of the party.

Frank, who is the United Liberation Movement for West Papua (ULMWP) Ambassador to East Africa and Middle East, said: “We have observed with utmost disappointment that during the primary elections for House of Representatives, Senate and Governorship of the PDP, political office holders, especially outgoing Governors, hijacked the processes by imposing their lackeys on the people.

“We have also seen how political office holders intimidated, harassed and used huge sums of apparently looted funds to bribe delegates to have their way.

“This action by the Governors will definitely not lead to the kind of leadership Nigerians desire in the next dispensation beginning from the 2023 general elections.

“Therefore, we passionately and strongly urge Adhoc delegates to the Special Convention of the PDP to pick the party’s presidential candidate on Saturday to shun all manner of bribes but should be courageous to vote for a candidate that is competent to lead our dear country out of the woods.

“Our country is in dire straits due to insecurity and economic collapse and only a capable, experienced and knowledgeable aspirant in tune with modern political dynamics and socio-economic trends should be voted as the presidential flag-bearer of the party.

“Adhoc delegates must not because of one day’s enjoyment or gain, arising from huge monetary inducements, elect a questionable and incompetent character who will eventually ruin their very future and that of the entire country.

“Good enough, Nigerians know the names and addresses of these Adhoc delegates and they will surely mark them out after the convention either as those who voted to salvage the country at a time of immense chaos and anarchy in the land, or those who voted for their pockets and threw the country back into the abyss of hopelessness, joblessness, insecurity, hunger, despair, disease and unbearable societal decay.”

He attributed the precarious and parlous state of the country under the Major General Muhammadu Buhari (retd.) led APC’s administration to poor choices made by APC delegates in 2014 during similar national convention to select presidential candidate for the party.

He added: “We are where we are today because delegates in the past sold their votes for money, religion, ethnicity and bigotry.

“It is clear that the challenges of economic collapse, unmitigated insecurity, hunger, joblessness, frequent power grid failure and educational morass now bedeviling the country are direct function of poor choice of candidates especially for the office of President by political party delegates since return to democratic governance in 1999.

“Delegates today stand at the threshold of history to pick a candidate who if voted into office as President will roll up his or her sleeves and wholeheartedly work for this country and not a section of it.

“These Adhoc delegates must really put Nigerian first. In the past they were directly responsible for foisting bad leadership on the country, because those they selected during primary elections eventually became the only options Nigerians had to choose from during the general elections.”

He urged the Adhoc delegates to bravely resist any form of intimidation, manipulation and misdirection by outgoing Governors who facilitated their emergence as delegates by patriotically voting to elect suitable and competent candidates that would ultimately provide answers to the prayers of Nigerians if elected during the general election.

He reminded them that the Governors now prodding them to satisfy their myopic and selfish desires would not suffer with them should a bad leader again emerge from their choice as the outgoing state chief executives already amassed enough wealth both legally and illegally to sustain them and their families for a long time.

“Otherwise, the Adhoc delegates would also suffer the harsh repercussions of selling their votes to the wrong candidates for money which is ephemeral.

“This is an opportunity for Adhoc delegates to make history. Let it be said that they came to the nation’s rescue with their votes at such a critical era in her Chequered evolution. They must avoid saying ‘had I know’ in the near future,” he said.

He urged Nigerians to mark delegates to the PDP convention and hold them responsible should they choose a presidential candidate that would worsen an already terrible and unbearable life situation or one with whom the country can breathe a sigh of relief after eventual emergence as president.