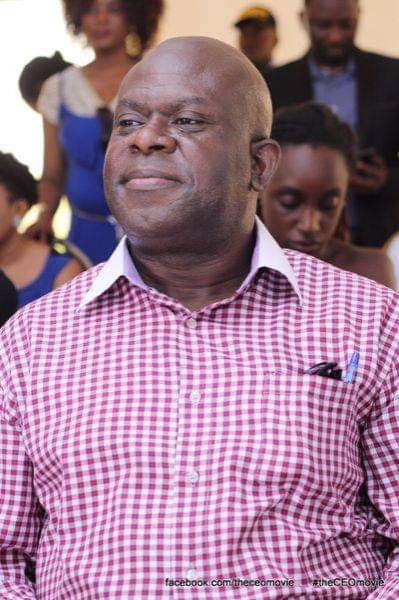 Over a year ago, more than 60 of his friends gathered in a corner of the WhatsApp to jaw-jaw about today! As with all things by men, different scenarios cropped up to scatter our plans, chief amongst which were his dad's death, and the obnoxious coronavirus pandemic.

Yet, no force is too powerful to stop, at least, one of us from recognising, highlighting, and celebrating the persona and the character of Akintade Peter Ogidan.
Of course his wife may have a different picture...his children may have a more nuanced portrait of him. They see more than what we can possibly see.

However, what we see up-close in the public and private intercourse of thoughts, actions and expressions, we cannot fail to admit that Tade is light years above his age and tenancy on earth. I'm particularly stunned that he's just 60.

His deliberate meticulousness, his offhanded joviality, his ponderously high-minded servitude to technical finesse and fidelity to the spirit of the written word, transformed into living entities...these are characteristics of a 50-60 year old savant in the body of the man whom I met in 1992, and I was completely mesmerized! He was only 32!

Tade has gone ahead to break grounds, and cement expectations in the exquisitely fickle world of movie making...while somehow making a mockery of the tales that creative geniuses are hopeless commercial engineers.

Between film, video, and tvc...and few stuff in between, Tade has touched lives of those whose creative juices needed a fillip...whose geniuses can only glow florescent in the alluring hands of a master craftsman.

Tade has touched the dreams and wishes of those who cling to the straps of money-bags, caressing the elements and fusing diverse interests and tempests, to produce works that loose those straps, and salve the desires of woolly-eyed clientele.

On a personal level, Tade is the right coordinate in your troubled corner... such that whether in person or on proxy, Tade's words, warmth and wallet will make you wonder - Is he for real? What does he want from me? Why is he doing this?

Let me assure you - the answers are simple: he's Akintade... just trying to be a friend...expecting nothing in return! He's just simply acting his eternal role on earth - just trying to be a good friend. Simplicita! Without fuss... without the trumpets... with a shy smile, and that hearty clucking laughter.

Please, join me and my family, and Tade's friends, to felicitate this silent, unruffled recluse with a profound touch of the tinsel-star-dust... Happy 60th birthday! Congratulations, Akintade!

Share this post
Related tags : To A Genius Whom Shyness Cannot Diminish: A Tribute to Iconic Filmmaker Tade Ogidan