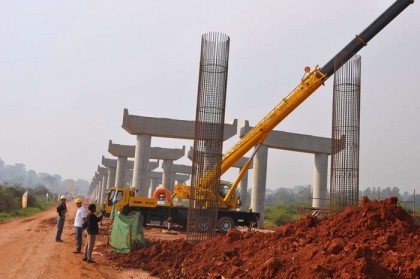 It is fast becoming a reality that another corridor across the River Niger will soon be open to commuters.

The Project has also created more than two thousand direct jobs and another four thousand indirect jobs for the host communities.

The second Niger Bridge when completed is expected to decongest traffic on the Existing Bridge.