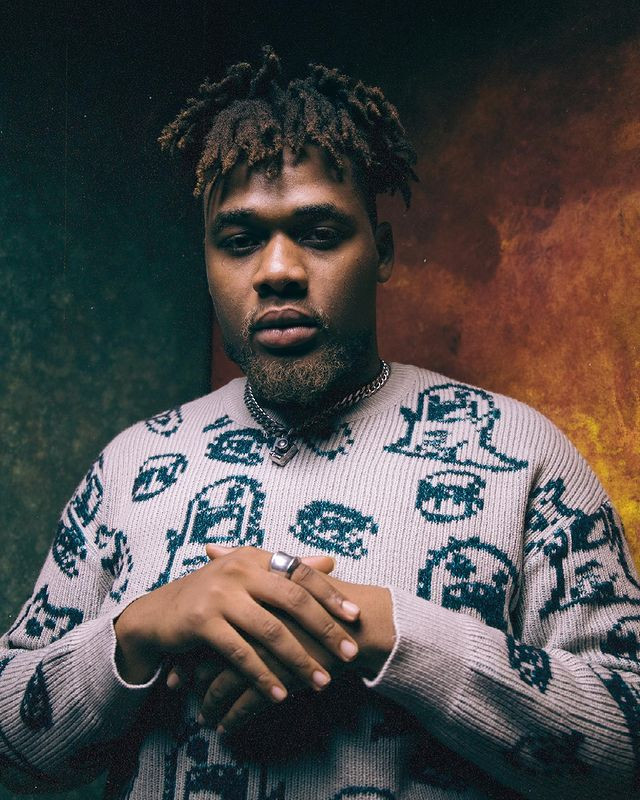 Singer Daniel Benson, better known as BNXN or Buju has said he would like to team up with gospel singer Tope Alabi on his debut album.

“I need Tope Alabi on my album,” he wrote with a crying emoji.

As expected the tweet generated reactions on social media.

Read some of them below. 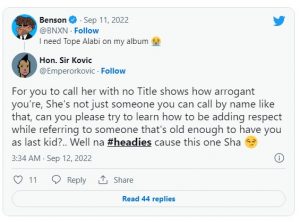 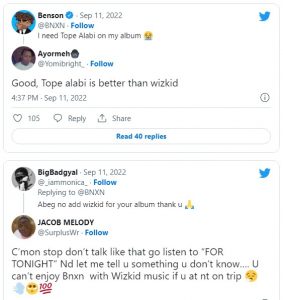 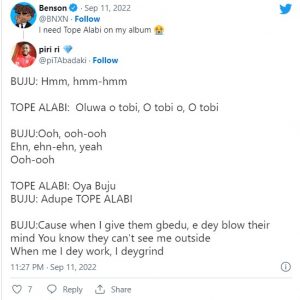