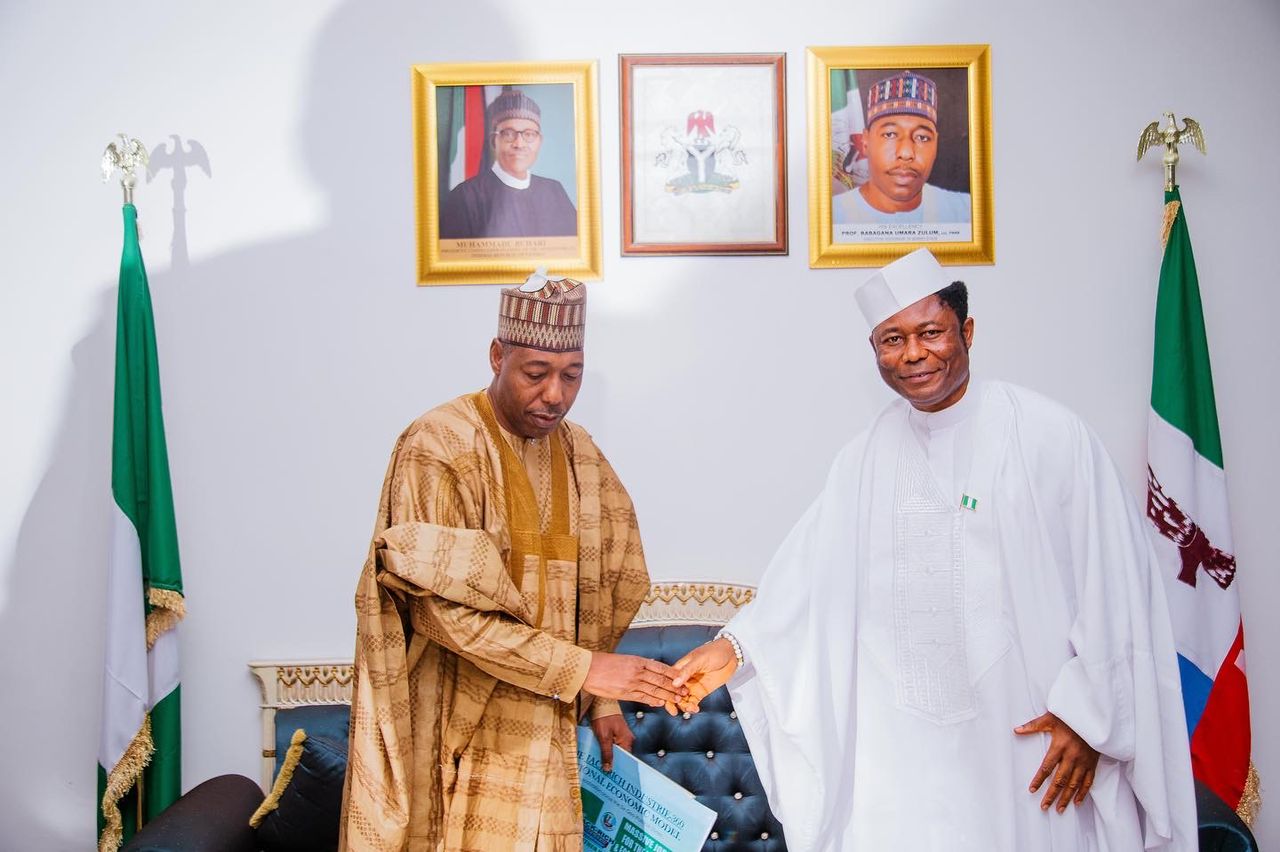 Gov. Umara Zulum of Borno, has expressed appreciation of the people of Borno for the humanitarian efforts of a frontline Presidential Aspirant of the All Progressives Congress (APC), Tein Jack-Rich, in the state.

Zulum stated this while playing host to Jack-Rich and his entourage at the Government House, Maiduguri.

The presidential hopeful was on a consultative visit to the state to meet with APC stakeholders and delegates, ahead of the party’s presidential primaries slated for May 29 and 30.

The governor noted with gratitude the people-oriented projects executed by Jack-Rich in parts of the state, which included world-class potable water facilities of 250,000 litres capacity each at Gonidangari and Shehuri North in Maiduguri.

Others he said, were the ongoing ultra-modern Faculty of Engineering and 180-Bed capacity hotel project at the Nigerian Army University in Biu.

Zulum said the projects had significantly alleviated the sufferings of displaced communities in the state and had endeared the philanthropist to the people of Borno State.

”Jack-Rich is not new to Borno State, you executed very big water projects, two of them inside Maiduguri, one in Shehuri-North and another in Gonidangari.

”The Water Project is one of the multi-million Naira projects that have been donated by you, and this has gone a long way in alleviating the sufferings of displaced communities in our state. 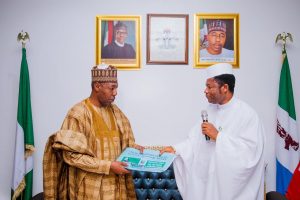 ”Furthermore, you have forgotten to mention that you are also a traditional title holder in Borno State”.

”Once again, let me use this opportunity to convey our deepest appreciation, and to assure you that the people of Borno State are happy with you and Insha Allah, in the fullness of time, we shall not disappoint you,” he said.

Zulum said it was his belief that Jack-Rich was qualified, and had the capacity and wherewithal to become the president of Nigeria and move the country forward.

He expressed hope that Borno State APC Delegates, who also believed in the capacity of the presidential aspirant, would make a wise decision to ensure that the right person emerged as candidate during the primaries.

”We have been receiving many presidential aspirants. I want to tell you that I am a man of my word, I don’t talk too much, and I’m a man of reality.

”We have been waiting for all the presidential aspirants to come so we can assess their potentials with a view to taking the decision that will move the nation forward”.

”Honestly speaking, from the bottom of my heart, I know that Borno State Delegates know that you (Jack-Rich) have the capacity to move the nation forward, and I hope they will make the wise decision to ensure that the right candidate is put in place to fly the flag of our great Party,” Zulum said.

He also stressed the need for all presidential aspirants to unite after the primaries and work towards the victory of APC in the 2023 General Elections.

”The most important thing I will like to stress is that the unity of our party is very important, and which I believe whatever the outcome, after the primaries, we have to come together to see that APC retains the national government.

”As I conclude, it is important, as I stated earlier, that deepening internal democracy, peace building and national cohesion is equal to national development.

”Therefore, we must do everything possible to ensure that we deepen our internal democracy to ensure peace and development in our nation,” Zulum said.

In his remarks, Jack-Rich, an astute businessman and Industrialist, promised to work with Borno Government to address the challenges militating against the ease of doing business in the state, and attract private sector investments if elected president.

He further pledged to industrialise the agricultural value chain of Borno, and establish a highly prolific and viable Sea Port at Benue River in Numan, Adamawa State, to drive Industrialisation in the North-East.

”We will work with you to address the challenges affecting the ease of doing business in Borno State, we will ensure that the private sector comes into the state and establish presence.

”If your stronghold is agriculture, we will ensure that we industrialise the agricultural value chain of this great state”.

”My vision is also to ensure that we have a river Port in the North-East so that your goods can move straight through Numan River in Adamawa, so you can ship in goods and services and ship out your farm produce and other raw materials, and earn foreign exchange”.

The philanthropist, who acknowledged that he might not have the political clout like other politicians who were also in the race, however, expressed confidence that he had the heart of gold and the Midas touch, to rapidly transform the country and create wealth for millions of Nigerians.

”So I am here your Excellency to say to you, yes you may have a lot of aspirants coming to speak to you, but check their heart, do they mean well for you, check, what were they yesterday. I have evidence of what I did and what I can do.

”I am a development agent, I am an employer of labour, I know what to do to create employment, l have never depended on the government.

”I don’t amass wealth for personal use, I believe that wealth is a communicator to enable access to opportunities, connecting people to opportunities through the God-given resources, and I know that the GDP of Borno State will be something that can compete with the South-West States”.

”I will give you even more because the wealth given to us by Allah is for the wellness of our people,” Jack-Rich said.

The APC presidential aspirant was accompanied on the visit by the Director General of the Jack-Rich Campaign Organisation, and former Governor of Bauchi State, Malam Isa Yuguda, an APC Chieftain from Sokoto State, Sen. Abubakar Gada, as well as members of the campaign team.