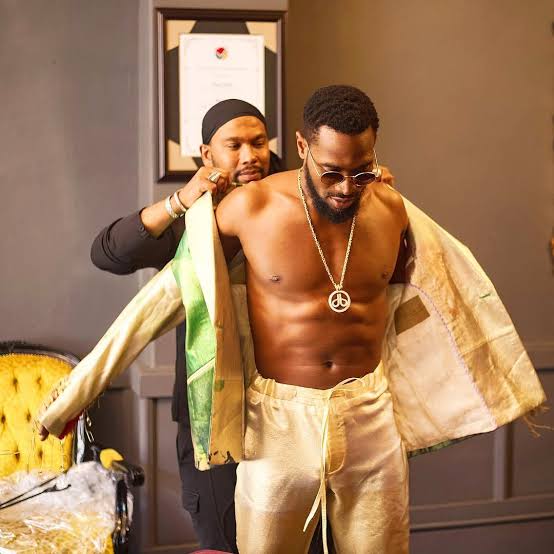 This piece is not about who did right or wrong between D’Banj and his female accuser. Let the court of competent jurisdiction settle that Rape Allegation once and for all. However, I have some Success Capsules, so to speak, to share with today’s young stars and wannabes.I can only hope their eyes are on this.

***May They Choose Their Managers Well

May what goes into your nose, your mouth, your skin, not get your head stuck in the sky. May you be humble and wise to learn at the feet of one of the elders who has given four decades of his life to the Industry and was the Media Manager cum Publicist of D’Banj and Don Jazzy, right from when they relocated from the UK in 2004 to mid-2009. And to the glory of God no single scandal was recorded against any of the Mo’Hits artistes when I was managing the media and the publicity blitzkrieg. It was after my “hazy” exit that one of them suffered a leaked nude video that went viral, remember? And sadly too, it was after I was “stepped” aside from the team that the inseparable awesome twosome known as D’Banj & Don Jazzy drove caterpillar and bulldozer into the pillars of the empire known as Mo’Hits Records. I still strongly believe If I was still with them as at then, they wouldn’t have fallen apart like a badly arranged cards. (It’s a story for another day.)

SUCCESS CAPSULES :—-
Dear forgetful diamonds in the mud, when you are finally under the starlight or in the eye of the public or you’ve become a celebrity, DO NOT surround yourself with the “Yes-men,” the Eye-servicers, and the Praisesingers.These set of Artiste Managers, Publicists are not to be trusted with your career, most often than not, they end up being the loose cannons, the backstabbers and snitches especially when there is a hit drought and when the going gets seriously rough and you parted ways with them, with or without severance package. They will not pack your vomit in the public place but be the ones inviting sanitary officers and the press to come and see and arrest an offender. What am I saying in French and Chinese?

D’Banj is suffering from having managers that are nothing but ĘBA!
ĘBA in my own lexicon stands for the Errand Boys of Artiste. He’s being punished for rolling with bad advisers, the praisesingers and the sunshine friends. Down for the money and the perks of “office.”

Today’s young entertainers DO NOT EMPLOY a Manager that you’re older than with five to ten years or in the same age bracket: When he gives you potent advice or talks to you a certain way or “commands” you a certain way, in private or in public, chances are you might flare up or count it as insolence, insurbodination, insult or being rude in front of your family, guests or business prospectors.

DO NOT ROLL with a Manager or Publicist that has no wisdom, knowledge and understanding of the world and the Industry home and abroad.

DO NOT HANG with Handler(s) that cannot curb/control your eccentricities or excesses as a confirmed smoker, drinker, skirt-chaser, easy-lay in skirt, gambler, egoistic and very stubborn celebrity with habit that must not creep into the press.

Get a Manager that’s the extension of your strict dad/mom: A Manager that is assertive, no-nonsense taker, can feel the pulse of the good, the bad and the ugly around you. A Manager that can separate SHOW from the BIZ.

You can’t get a perfect Manager but hang with the Manager who when he looks at you a certain way or coughs, you immediately get the message and you quickly get up and follow him because something is in the air or it’s about to get ugly.